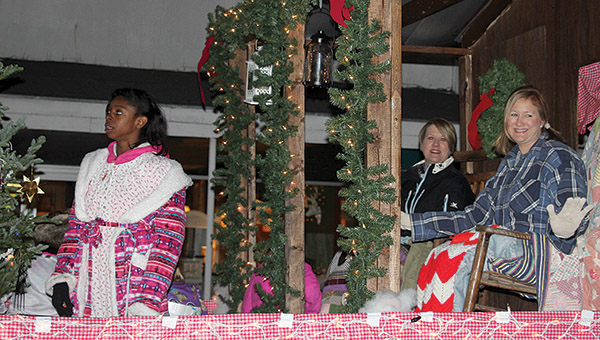 To conclude the annual ChiLLy Festival in Linden on Saturday, Dec. 10, the streets were lined with spectators who welcomed in the holiday season with the Christmas parade, which was followed by a fireworks show. This year’s parade was one of the city’s largest. Serving as the Grand Marshal of the parade was Congresswoman Terri Sewell who represents Alabama’s 7th District. The parade also featured marching bands from Sweet Water and R.C. Hatch High School, the AISA State Champion football team from Marengo Academy and cheerleaders, the Linden High School cheerleaders, as well as numerous community floats and a special visit from Santa Claus. Pictured is a float sponsored by Marengo Nursing Home.