Remain in the giving spirit

It seems, the most common way to think of 2016 in terms of pop culture is to describe it as that thing we hope to never speak of or hear of again as long as we live.
For some, it wasn’t the greatest of times whether it be celebrity deaths or an election cycle that wore us out physically, mentally and emotionally.
Yet here we are already more than half way through January 2017 and while it has been less dramatic so far, it has had its moments as well.
However, even with the turning of that calendar page while some of us weren’t paying attention, something special happened at the tail of 2016 right here in Demopolis on Christmas Eve.
Every year for the past 30 years, the Coming Together Organization (CTO) holds both a toy drive and a Christmas feeding to give to those in need during the holiday.
Last year instead of holding the feeding on Christmas morning, because the holiday was on a Sunday and several leaders of CTO are pastors of various churches in the area, the feeding was on Saturday, Dec. 24. 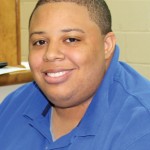 Nicholas Finch is a staff writer for the Demopolis Times.

For the second time in the short time I’ve been here, I witnessed the effort that went into that feeding.
The goal for CTO was to prepare 3,000 plates this year. While the group fell short of the goal with preparing 2,550 plates it is commendable that the goal was set so high.
Not only is the achievement against the goal commendable, but also what is incredible about the entire event is the sacrifice and effort it takes for, not only CTO, but also every single volunteer who took the time to be there to help.
People such as Mayor John Laney, BOE member Conrad Murdock, officials from neighboring counties and members of the Demopolis community.
These people, from the mayor to the layperson nor CTO, had to take a single moment out of their Christmas Eve to do anything for anybody, yet they did it. And without them the job couldn’t have been done as timely or efficiently or maybe even at all.
The holidays can be a tough time for people thanks to the commercialization of Christmas, and because of that process it can lead to a ton of anxiety and depression for people who are vulnerable to such condition. Because of this, both giving and volunteering are important activities during the year and that is especially true during Christmas time.
According to helpguide.org, volunteer work helps to connect a person to others, good for the mind and body and brings fun and fulfillment to a person’s life.
When it comes to connecting with others, volunteering can help a person make new friends and strengthen existing relationships during a shared activity.
The mind and body benefit because volunteering helps to counteract the effects of stress, anger and anxiety, combats depression and increases self-confidence.
The fun and fulfillment in volunteering comes from accomplishing the goal of the activity and enjoying the process along the way.
When it was all said and done, CTO fed 2,550 mouths that otherwise may not have been fed or would have had to find another way to eat. That’s money that may have been needed elsewhere.
We’re talking money spent on an electric or gas bill because the heater had to run at night and the air conditioner during the day. Alabama weather can be unpredictable like that during fall and what we call “winter.” Money that could’ve gone to purchase one gift on a child’s letter to Santa Claus to bring them pure joy.
Speaking of money, it takes a sizable amount of money to pull off an event like the CTO feeding year after year.
When talking to CTO President Williard Williams during the feeding, he brought to light that donations to the group for the food used during this traditional activity have dwindled each of the past few years. This is such an unfortunate development.
Williams said that without the miracle of CTO being able to buy food at wholesale cost, then they would have been no where near being able to achieve the number of plates passed out much less the 3,000 plate goal.
While this is sad, it underlines the fundamental importance of this community and all others to act as a team to work together and help those in need.
It’s understood some times that things can’t be done without big money donations, but a quarter is better than nothing at all. A dollar is one dollar more than before.
The City of the People has a good, giving heart and I’m proud to cal it home. Always do good.

— Nicholas Finch is the staff writer and sports editor for the Demopolis Times. He can be reached at nicholas.finch@demopolistimes.com.