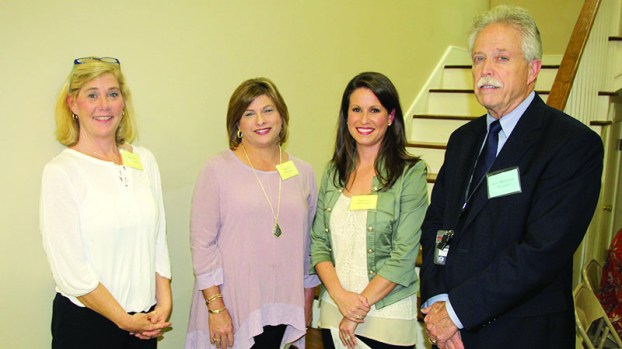 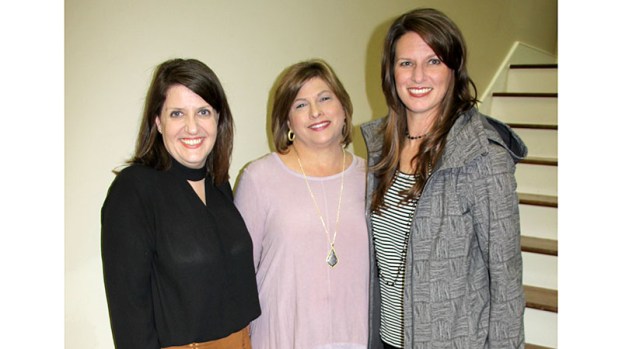 Also recognized at the celebration were last year’s winners of the Hugh Lloyd Excellence in Education Award. Pictured are DCSF Director Amanda Barnes with teachers Terri Speegle and Laura Holley. 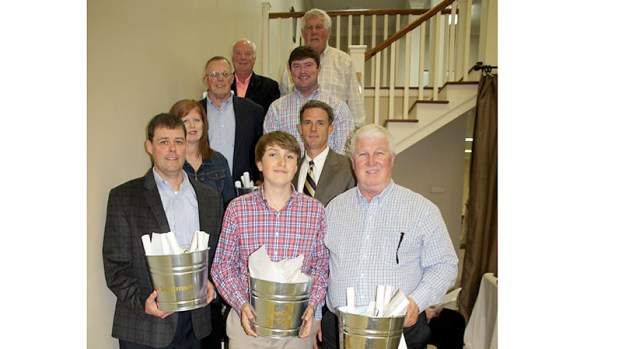 The DSCF recognized its donors. Included above are representatives of those who gave at the Executive and Patron levels. PIctured are, from left, (front) Charles Singleton of Trustmark Bank, Parker Hallmark, Kris Mullins of Mullins State Farm; (second row) Karen Kerby (and husband Olen standing behind), Pete Reynolds of Robertson Bank; (third row) Olen Kerby, Joe Parr of Parr’s Chevron; (back) Dan Wilson and Claud Neilson. 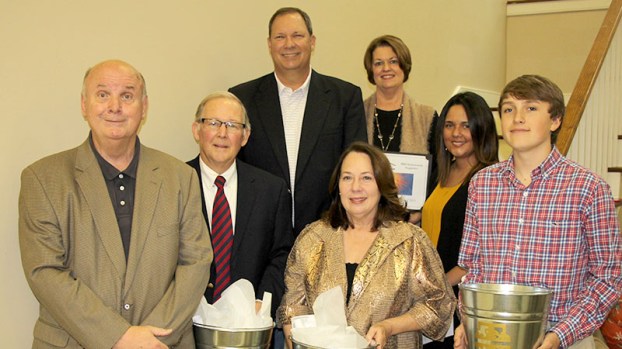 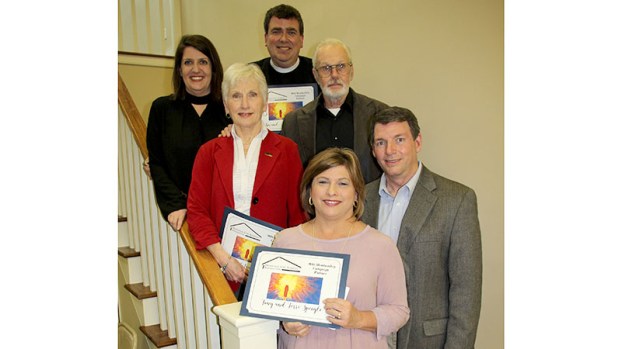 Among the Partner Level donors present are, from left, (front) Terri and Tony Speegle; (middle) Jan and Dick McDonald; and (back) Amanda and J.D. Barnes.

The Demopolis City Schools Foundation held its annual Donor Appreciation Celebration Tuesday, March 7, honoring those who give to the organization while also using it as an opportunity to award several grants.

The foundation awarded over $24,300 to advance and enhance classroom experiences for Demopolis students. The funds were made available through the foundation’s “The Big Give,” which DCSF Director Amanda Barnes described as a “shark tank” style competition to award larger $5,000 to $10,000 grants.

“In January, teachers were asked to submit a simple project description about how he or she would tackle an issue at their schools,” Barnes said. “The committee received 10 applications and selected four to present to the grants committee. The four selected included proposals for arts education, computer programing, broadcasting, and the Lego classroom experience.”

One of the grants awarded will benefit the award-winning broadcasting programs at U.S. Jones Elementary, Demopolis Middle School and Demopolis High School. The foundation awarded $9,900 that will be used to better align the broadcasting programs between the schools and to enhance the offerings for electives at the high school. This grant was awarded to broadcasting teachers Courtney Kerby, Meggin Mayben, and Amelia Mackey.

Also awarded was more than $7,000 for a “Let’s Go for Lego” education curriculum program. This two-part grant will immediately fund the language component of the Lego curriculum with the promise to fund the science portion this summer. The grant was awarded to Terri Speegle.

Another of the grants awarded was $5,400 to Amelia Mackey for Mission “Airborne,” which allows for the implementation of the next phase of coding and robotics at U.S. Jones Elementary. The project will provide students with programmable drones designed to teach students about computer coding. The first phase of the program was said to be very successful.

The final grant awarded was “Learning through Motion,” which will help incorporate art programs for students at Westside Elementary School. A grant of $2,000 was awarded for the program that is being coordinated by the Two Rivers Arts Council and Friends of the Library, which are also providing funds.

The celebration also provided DSCF officials and board members the opportunity to recognize those who have donated during the past year. For information on the various ways to support the foundation call 334-289-2226 or email to dcsf@westal.net.

Those recognized for giving at the Executive Level were Parr’s, WestRock, and Georgia-Pacific.

(This article originally published in the Saturday, March 11, print edition of the Demopolis Times.)