Friday on the Square: Jazz concert with Cashmere Williams 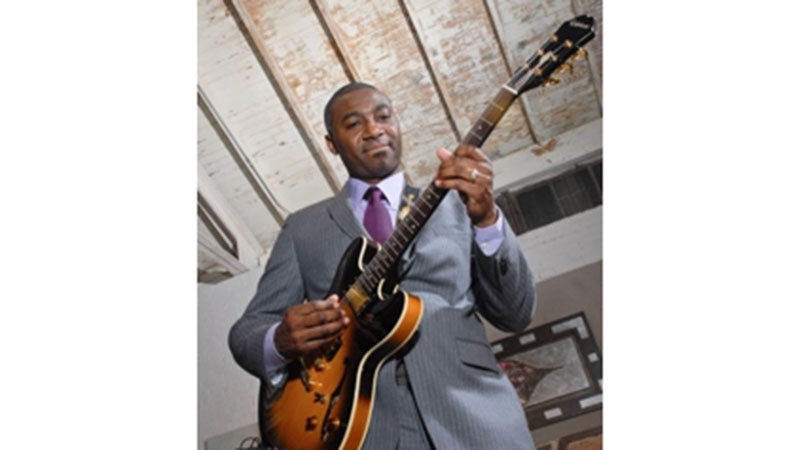 Cashmere Williams and Band will perform in Demopolis Friday night on the square.

Join friends, family and co-workers to experience Friday on the Square featuring a jazz concert by Cashmere Williams and his band on Friday, April 28 at 6 p.m.

Cashmere Williams has become one of the most prominent musicians in the Southeast. He has recorded three albums on Lenoah Records Label established in 1998. He started playing the guitar in church at the young age of seven years old where he honed his skills and learned how to interact with different musicians. In 1995, he was accepted into Berkley College of Music on a partial scholarship where he majored in composition and arranging while studying with world-class musicians. In 2003, he was asked to back Ruben Studdard and began touring nationally appearing on shows like: The David Letterman Show, The Ellen DeGeneres show, the Jay Leno Show, The View, and many more. After three years on the road, Cashmere slowed down so he could focus on spending time with his newly born daughter Harmonie Williams which spawned his latest release “New Birth” Presently, cashmere’s working on publishing his first book due for release in 2016.

“Police Chief Tommie Reese encouraged the arts council to contact Cashmere Williams for a jazz concert on Public Square,” said Two Rivers Arts Council President Carolyn Cowling. “Last year’s concert was a huge success and the weather was perfect. I think our community is in for an entertaining night of music.”

The event is sponsored by the Two Rivers Arts Council.  The event is free and the public is encouraged to bring coolers, chairs, and blankets for this night of jazz in Public Square in historic, downtown Demopolis.

In the event of rain, the concert will be moved to the Marengo County History and Archives Museum located behind The Mustard Seed in the Rosenbush Building.

The public can support the arts by becoming a member of the Two Rivers Arts Council. An individual membership is $25 and a patron membership that includes two membership cards is $60.