Gaineswood National Historic Landmark will be the site of a public reception to kick off a display of photography by Sarah Beaugez on Sunday, May 7, from 2 to 3 p.m. The collection, entitled “Rural Alabama Through the Lens of a Mississippi Coastal Native” will be on display at the mansion through Sunday, June 4.

Beaugez was born and raised in the once-sleepy fishing community of Ocean Springs, Mississippi. Her great-great-grandfather, Stanislaus, had immigrated from Paris, France, and settled in Ocean Springs, where all the Beaugez’s originate. She believes it to be a powerful thing to know where you come from and from who you came. Her family were fishermen, oystermen, knitters of nets, and shrimpers. She knew nothing but happiness and stability those first eighteen years. 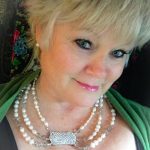 A photography exhibit featuring the work of Sarah Beaugez will be on display at Gaineswood from May 7 through June 4. An opening reception will be held on May 7 from 2 to 3 p.m.

After graduating from Ocean Springs High School, it was off to Delta State University for three years in preparation for physical therapy school, which was in Jackson, Mississippi. In 1983, Beaugez graduated with a BS in Physical Therapy from the University of Mississippi Medical Center. She had married in 1982. However, by 1985, her second child, a son, was born with a severe birth defect. She found herself to be a full-time caregiver and corporate wife at the age of 25. By the time she was 30, she was the mother of three.

Beaugez chronicled her memoir of pain, loss, and her search for redemption in what was to be found to be in the ashes in her book, “Outer Edge of Grace.” By the time her son was 10 years old, he had already had 36 surgeries and Beaugez  had lost her health making sure her son had his health. In her second best-selling book, published in 2016, “Encounters Off the Beaten Path: A Book of Southern Short Stories,” she finds redemption by finding color again.

She describes it like this. “You see, we all have pain and loss. It’s like we go from seeing the world in color to seeing the world in black and white and shades of gray. It’s when I picked up my camera and began to capture in a single image what I work to paint with words that I again began to find redemption in the ashes.”

Beaugez  has won numerous awards for her photography and has been published in multiple magazines, newspapers, and blogs. Sarah was nominated for the Top 50 Business Women in Mississippi in 2013.

The community is invited to attend the free reception at Gaineswood on Sunday, May 7, from 2 to 3 p.m. or visit the display during regular hours May 7 through June 4.

(This article originally appeared in the Saturday, April 29, print edition of the Demopolis Times.)