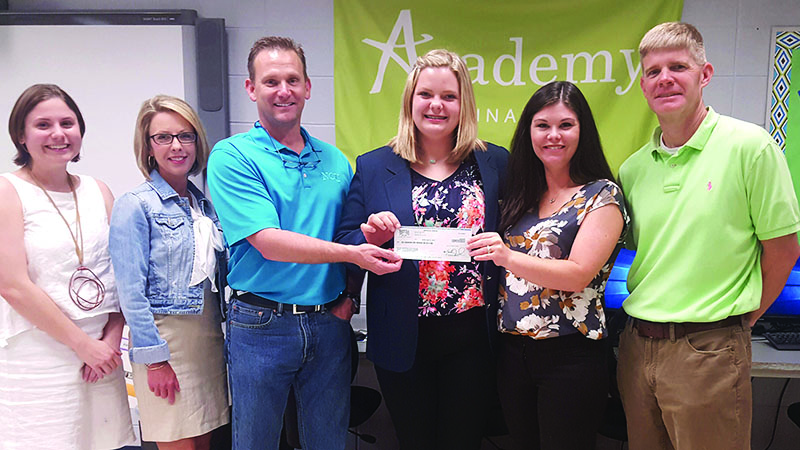 Naheola Credit Union presented a check to the Demopolis High School FBLA Chapter to provide partial support for three students to attend the 75th Annual A Legacy of Leadership Conference in Anaheim, California scheduled for June 27 through July 3.

The 2017 National Leadership Conference will draw thousands of future business leaders to Anaheim to celebrate FBLA-PBL’s 75th anniversary. Members come to test their knowledge and skills through competitive events, share successes, and learn new ideas about shaping their careers through workshops and exhibits.

FBLA Advisor Kelly Gandy said the donation ensures local students will be able to attend and participate in the competition.

“I am overwhelmed by the support of Naheola Credit Union. We were not sure if we would be able to attend the competition but with Naheola’s support, it became possible. We are excited to have Anna Kaye Williams, Makayla Durden, and Michael Osmer represent DHS FBLA in Anaheim,” Gandy said.

Michael Osmer is a freshman at DHS and will be competing in Introduction to Parliamentary Procedures and Financial Literacy at the conference this summer.

“This is an opportunity of a lifetime,” Osmer said. “I am so excited to represent DHS in Anaheim and with Naheola’s support this would not be possible.”