A Demopolis man has been charged with the murder of a Fairhope resident following a shooting early Saturday, June 10.

According to the Demopolis Police Department, officers responded to the shooting call at 171 Starmont Road, at 12:24 a.m. Upon arrival officers found a female lying on the ground suffering from a gunshot wound. The DPD has not released the name of the victim due to her status as a minor, but multiple published news reports have identified the victim as Lauren Wright, a recent graduate of Fairhope High School. 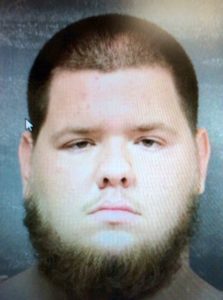 Dalton Martin Jowers, 19, of Demopolis has been charged with murder in the death of a Fairhope teenager.

The DPD has arrested Dalton Martin Jowers, 19, of Demopolis, and charged him with murder in the case, according to a statement by Demopolis Police Chief and Director of Public Safety Tommie Reese.

“Please keep the families in your thoughts and prayers during this difficult time,” Reese said.

This story will be updated as more details become available.