A state inmate from Demopolis has been charged with stabbing a correctional officer on Monday at the Bibb Correctional Facility in Brent.

The stabbing happened during the noon meal in the facility’s dining hall when the inmate allegedly attacked the officer from behind. 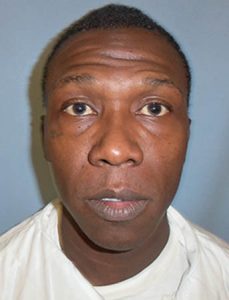 According to a press release from the Alabama Department of Corrections, after being stabbed, the officer defended himself against the inmate until backup arrived. The officer was taken to a local hospital where he is listed in stable condition. No other officers were injured in the attack.

Authorities detained and charged Wendell Tyrell Jones, 36, with the stabbing. Jones is serving a 20-year sentence for a 2011 domestic violence conviction out of Marengo County.

Prison officials recovered a makeshift weapon used in the attack and said it is unclear what lead to the stabbing.

Bibb Correctional Facility is a medium custody level prison with 1,838 inmates, or 200 percent of its design capacity.

The facility remained locked down until an investigation into the incident is complete.

(This article originally appeared in the Wednesday, July 26, print edition of the Demopolis Times.)