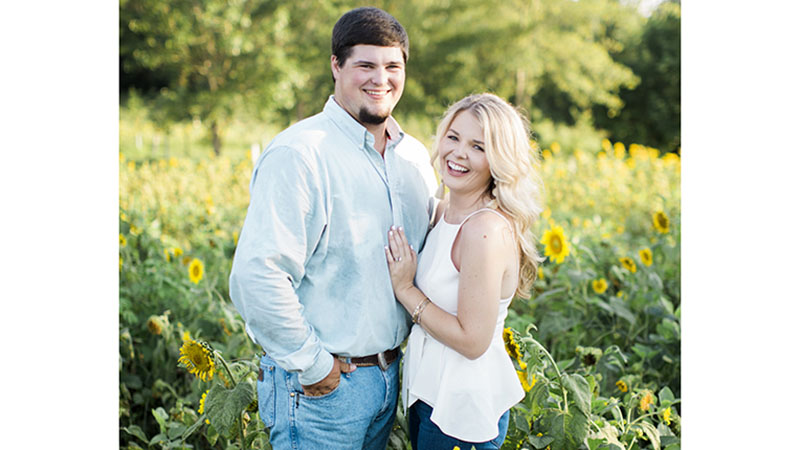 The bride-elect is employed as a wildlife biologist at Southern Perspective in Thomaston. She is the granddaughter of the late Bradford and Frankie Jones of Livingston, the late Rufus Calhoun Collins Jr. of Greenville, South Carolina, and the late Frances J. Strouse of Matthews, North Carolina. She is a 2010 graduate of Sumter Academy, received a Bachelors Degree in Environmental Science and Natural Resources from the University of West Alabama in 2014, and is currently pursuing a Master’s Degree in Forestry at Mississippi State University.

The prospective groom is employed as a genealogist at Soggy Bottom Lodge in Linden. He is the grandson of Jim and Brenda Sigler of Demopolis and the late Kenneth and Dot Freeman of Demopolis. Jake is a 2013 graduate of Demopolis High School and attended the University of Alabama.

Jake and Sidney will be married at Lakewood in Livingston on Oct. 7, 2017. The loving couple will reside in Livingston. Formal invitations will be sent.

(This announcement originally appeared in the Wednesday, August 16, print edition of the Demopolis Times.)