Ricky and Rhonda Harris are proud to announce the engagement of their daughter, Emily Lauren Harris, to Daniel Forrest Danner, son of Al and LeAnne Danner. 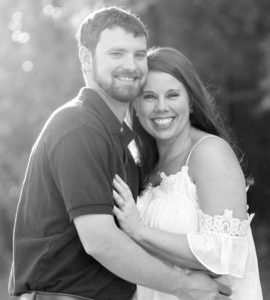 The bride-elect is a graduate of Marengo Academy and a current resident of Dacula, Georgia. She holds an Associate Degree in Nursing from Troy University with a Bachelor of Science degree in Nursing. She is currently employed with Northeast Georgia Medical Center in Braselton, Georgia.

Miss Harris is the granddaughter of Mrs. Patsy Pharr of Thomaston and the late Ronald C. Pharr, Mr. and Mrs. Richard G. Harris Sr. of Butler, and Mrs. Ann Bonner of Meridian.

The prospective groom is a graduate of Geneva High School in Geneva, Alabama and holds a Bachelor of Science degree in Civil Engineering from Auburn University. He is employed with Dennis Taylor and Company in Duluth, Georgia.

Emily Lauren and Daniel Forrest plan an Oct. 7, 2017 wedding ceremony, beginning at 5 p.m., at The Stables at Russell Crossroads in Alexander City, Alabama. A reception will follow.