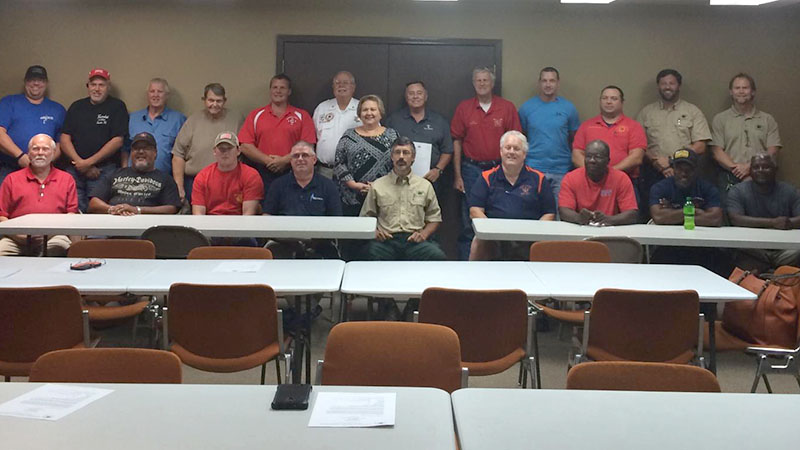 In attendance to present the checks and to show appreciation to the hard-working volunteers was Alabama House District 65 Representative Mrs. Elaine Beech.

There are 12 qualified VFDs in Marengo County with approximately 312 members county wide. These VFDs train year-round to provide a valuable service to their communities by responding to those in need. Officials representing these departments said they  are always looking for new members to train and serve their communities. For more information, contact a local Volunteer Fire Department.