Artist finds inspiration in Demopolis; Will be featured during city’s bicentennial 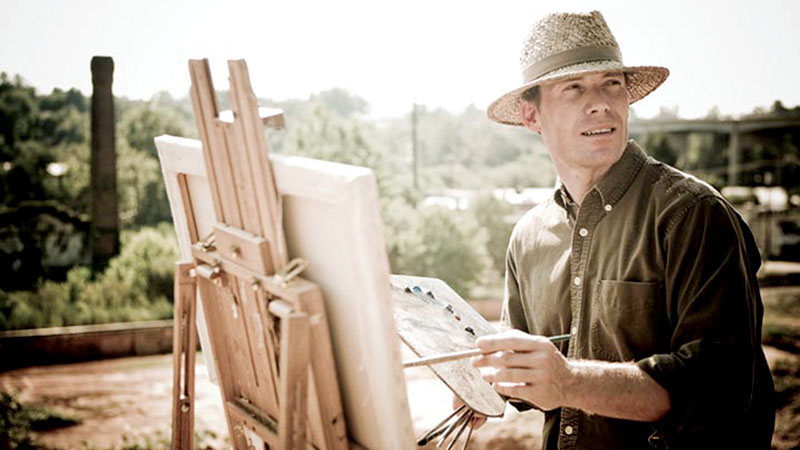 The work of English-born artist Julyan Davis will be on display during the Marengo County Historical Society’s Bicentennial Pilgrimmage. Davis will also speak on his subjects, including the settling of Demopolis by the French.

The exhibit and sale opens on Friday, Sept. 15 at 5 p.m. Davis will be a guest speaker at  6 p.m. on the influence of Dempolis and The Vine & Olive Colony on his work. The exhibit will continue 10 a.m. to 2 p.m. during the Pilgrimage on Saturday, Sept. 16; and 2 to 5 p.m. on Sunday, Sept. 17. Davis will also be painting new works at Lyon Hall on Saturday and Sunday. 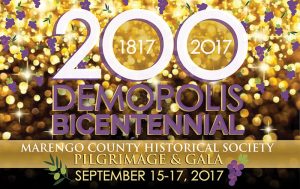 Davis is an English-born artist who has painted the American South for over 25 years. He received his art training at the Byam Shaw School of Art in London. In 1988, having completed his bachelor’s degree in painting and printmaking, he traveled to the South on a painting trip that was also fueled by an interest in the history of Demopolis and its settling by Bonapartist exiles.

“This story brought me to the South in 1988. Back then, I wanted to write about it. Only late in the summer of 2015, decades later, did it occur to me that I should paint the story instead. Or rather the symbolic figure of one settler, Madame Raoul, the Marchioness de Sinabaldi.”

Davis returns to celebrate Demopolis’ Bicentennial with his works and his story.

“It was important for me to paint the myth more than anything — how I imagined, how I dreamed of Madame Raoul’s story as an immigrant in the New World,” he said.

Davis now lives in Asheville, North Carolina. His work is exhibited internationally, and is in many public and private collections. Recent acquisitions include the Gibbes Museum in Charleston, the Greenville County Museum of Art in South Carolina, the Morris Museum in Augusta, Georgia, and the North Carolina Governor’s Mansion and Western Residence. His newest work, interpreting traditional American ballads through the contemporary South, has been touring museums with accompanying lectures and musical performances.

“I paint for storytellers — novelists, songwriters, poets. I also paint for those who love history. There has always been a narrative thread in my work. Even when a scene was notably empty of incident, I have strived for a sense that something vital happened here, or that something will,” Davis said.

The Marengo County County Historical Society invites the public for Julyan Davis’ exhibit at Lyon Hall, 102 S. Main Ave. in Demopolis. The exhibit is free. Admission is charged for the Bicentennial Pilgrimage. Please contact Marengo County Historical Society at 334-289-9644 or by email to marengohistory@bellsouth.net for more information. The society can be found on Facebook at marengo.historical or Instagram at marengohistorical.

For more about Davis visit julyandavis.com.