One of two open seats on the Tombigbee Healthcare Authority Board was filled Thursday when the Demopolis City Council voted to approve a nomination of Don Lilly.

Lilly is the senior vice president of network development and affiliate operations at UAB Health System. He has been with the UAB system since 2005. 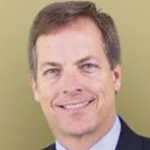 Prior to his current role, he served as CEO of UAB Highlands and Senior Vice President University Hospital and as interim CEO of Medical West and UAB Callahan Eye Hospitals.

With over 30 years’ experience in healthcare Lilly has served in all levels of management roles, including COO and CEO positions, in large community, multi-hospital faith based, for-profit and now academic medical centers. He holds an MBA from the University of Evansville and is a Fellow in the American College of Healthcare Executives.

The appointment of Lilly by the city council comes after UAB Health System and the Tombigbee Healthcare Authority, operator of Bryan W. Whitfield Memorial Hospital, in April entered into a nonbinding memorandum of understanding to explore a possible relationship between the two organizations.

That action followed legislation passed in 2016 by the Alabama Legislature creating a path for University Health Authorities to assist other Alabama hospitals.

“One of the main goals of this legislation was to help find ways to assist rural hospitals in remaining viable for the future,” said Will Ferniany, Ph.D., CEO of the UAB Health System. “This will be one of the first opportunities to utilize this legislation and explore ways in which UAB and Bryan Whitfield Memorial can work together to improve health and wellness in Demopolis and the surrounding region.”

The nine-member Tombigbee Healthcare Authority Board is made up of nine members with the city council appointing five of those members and BWWMH selecting four. Following the appointment of Lilly, there is now one vacant seat on the board.

(This article originally published in the Wednesday, Sept. 27, print edition of the Demopolis Times.)