The Marengo County History and Archives Museum will hold a special event on Oct. 12, 6 p.m., at the Rosenbush Building located at 101 N. Walnut Ave. in downtown Demopolis.

Historian Susan Webb will present “Thank You, Mr. Rosenwald: A Chapter from the History of Alabama Education and African-American Education in the South and the Rosenwald Schools in Marengo County.” 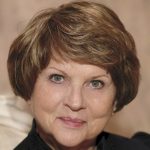 Webb, one-room school historian, has become America’s Traveling Schoolmarm. Inspired by her mother, who taught in a one-room school, and having lived in areas of the country steeped in the history and existence of country schools, Susan acquired a passion for the study of early American education.

She was educated at Clarke College in Dubuque, Iowa, and received her master’s degree from St. Louis University, post-graduate study in education from Troy State University.

Webb has taught all levels of education, from kindergarten through high school, in six states. Through her 20 years as a classroom teacher and her background in theatrical presentation, Webb has set foot in numerous historically restored country schools throughout the United States to engage audiences in one-room school re-enactment.

Using photographs, documented interviews, historical artifacts, audience participation of authentic recitation lessons and tales of early American education, America’s Traveling Schoolmarm will tell of the legacy of Julius Rosenwald and the schools he helped build in the back roads of Alabama. Rosenwald, the early 20th Century president of Sears, Roebuck and Company, was a German-Jewish immigrant, philanthropist and trustee of Tuskegee Institute. From 1912 until 1932, his generous caring and compassion for the education of 663,615 African-American children helped blanket 15 Southern states with over 5,300 school buildings, 407 of which were built in Alabama. Many Rosenwald schools are being restored in southern communities, including Notasulga, Greensboro, and Midway, Alabama. This event is sponsored by the Alabama Humanities Foundation.

(This article originally appeared in the Wednesday, October 11th issue of the Demopolis Times)