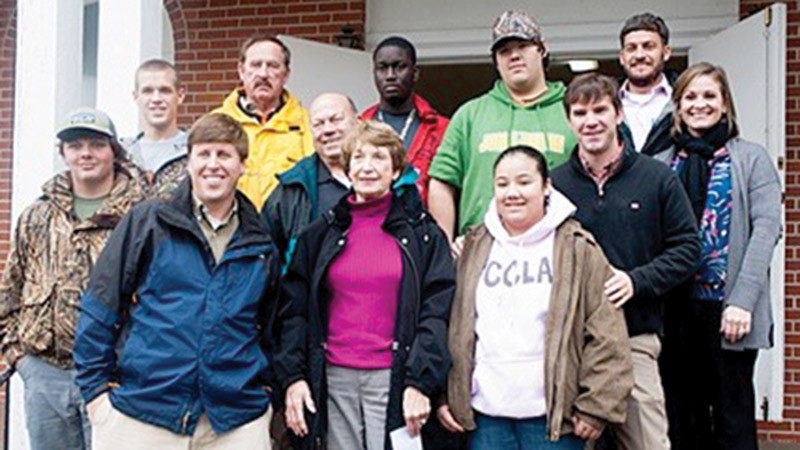 The Demopolis Rotary Club, in partnership with the Demopolis High School JROTC, is currently holding a canned food drive for the Demopolis Food Bank. The public can currently donate to the cause at Parr’s Chevron, Langley Shell, and Malone’s Texaco.

Not everyone in Demopolis is assured of a bountiful Thanksgiving. Stepping in to fill the food shortage gap for those in need is the Demopolis Rotary Club.

Again this year the club is sponsoring a food drive to benefit the Demopolis Food Bank. First begun in 2013, Rotarians and their partners have raised at least $4,500 in cash donations. The first year the club also brought in some two tons of food. Since then the club has counted another 2,500 items donated to the Food Bank.

Rotarians will be collecting non-perishable foods at the ticket gate before the Demopolis High School game on Thursday beginning at 6 p.m. They also will have a site set up at Vowell’s on Saturday, Nov. 18 from 10:30 a.m. to 1 p.m.

Westside Elementary School is having a competition among classes, with the class bringing in the most earning a wing party.

Buckets for donations are at all Parr’s Chevron locations as well as Langley Shell and Malone Texaco.

Several area churches are joining in the food drive. Each church is deciding its own way how to collect food.

Joining with the Rotarians in their annual effort are the cadets with the JROTC at DHS. They will be helping with the donations at Vowell’s and at the DHS game as well as assisting in delivering the food for distribution.