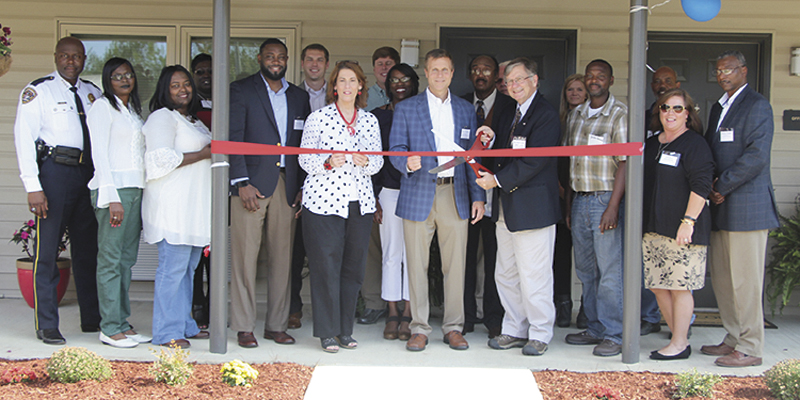 An open house and ribbon cutting was held at Pinewood Manor Apartments on Bell Grayson Road Friday, Nov. 3, to celebrate the competion of renovation of the multi-family housing complex. Among those in attendance were officials with Morrow Realty Company, the City of Demopolis, Marengo County, Demopolis Chamber of Commerce, as well as state officials and USDA and the West Alabama Affordable Housing Corporation.

The project as a public and private partnership between Morrow Realty and the Alabama Housing Finance Authority, USDA Rural Development, Housing Assistance Council, Regions Bank, and the City of Demopolis.

“We are thrilled with how Pinewood Manor looks and that our tenants will have the opportunity to live in these beautiful homes,” said Bonnie Corbett, Director of Property Management at Morrow Realty.

The renovations include 30 apartments and an updated community building designed for events and recreational activities. The cost of the project was $3.87 million, according to Morrow Realty. Morrow Realty President David Morrow said the project was made possible through an assortment of partnerships, including the Alabama Affordable Housing Association.

“This project shows what can be done when the public and private sectors work together. These partnerships allow us to do things that couldn’t be done otherwise,” Morrow said.

(This article was originally published in the Wednesday, November 8 print edition of the Demopolis Times.)