Margie Ann Vice has been named the Grand Marshal for this year’s ChiLLy Fest Christmas Parade in Linden. Henson is the manager of the Linden Nutritional Center.

Vice is a former employee at the Gardner Ace Hardware, where she worked for 28 years. She has worked for the City of Linden at the Linden Nutritional Center for over 10 years. 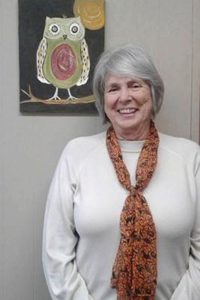 “For the last ten and a half years, (Vice) hasn’t only been the manager of the center, but she has been a friend to the many participants and gone above and beyond to make sure they can attend and have everything that they need at the center and at home. With this dedication to her job and to the community the City of Linden is happy to announce that she is the Grand Marshall for this year’s ChiLLy Fest Christmas Parade,” according to the ChiLLy Fest committee.

Vice was born on April 20, 1947 to Arthur and Doris Henson and is a graduate of Linden High School. On June 2, 1966 she married Billy Vice and had two children, Terry and Wesley, and has seven grandchildren: Devin, Emmy, Tory, Braxton, Amery, Olivia, and Billy.

She is a member of Linden Baptist Church where she teaches Sunday School for toddlers.

Linden will hold its annual ChiLLy Fest with a variety of activities on Dec. 8 and Dec. 9. The Christmas Parade of Lights will be on Saturday, Dec. 9, at 6:30 p.m. with a fireworks display to follow. There is no fee to enter the parade, and the best float wins $100. This year’s parade theme is “Christmas at Grandma’s.”