A suspect has been arrested and charged with being in possession of equipment that was reported stolen from the SunSouth John Deere Store in Demopolis. 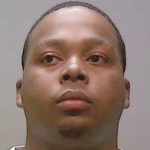 Mack Leon Tucker Jr., 22, of Linden was arrested and charged with first degree receiving stolen property when police say he was found in possession of a stolen trailer from SunSouth. The arrest came on a warrant from Chilton County, Alabama.

He was transported to the Marengo County Detention Center to await the Chilton County Sheriff’s Office.

Local police said the investigation into the SunSouth theft is still ongoing and additional arrest are expected.

(This article originally appeared  in the Saturday, November 22 issue of the Demopolis Times.)