On Monday evening, Feb. 12, 2018 will usher in the 10th Class of Inductees to be enshrined into the Marengo County Sports Hall of Fame.

The annual ceremony and the meal will be at the Demopolis Civic Center with gathering time between 5 and 6 p.m. and the program beginning promptly at 6 p.m. There will be recognition of the 46 previous inductees who have brought fame and honor to the County through their civic endeavors as well as athletic skills ranging from football, baseball, basketball, softball, boxing, wrestling, tennis, track and umpiring. There will be a keepsake program given to each attendee.

This year’s class includes the following (in alphabetical order):

The first nominee selected is Sidney “Sid” B. Atkins whose daughter, Sandra, was inducted into the 2017 class, and his brother, Nolan, was in the first class in 2009. Atkins attended S.D. Lee High School where he was a standout athlete in football, basketball, baseball and track, that school being one of the largest high schools in Mississippi at the time. 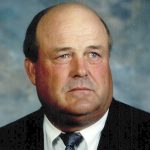 Upon graduating from high school, Atkins attended the University of Southern Mississippi on a football scholarship where his position changed from fullback to quarterback, his freshman team going undefeated in 1962, and he was on the team that beat the Auburn Tigers. He later transferred to Livingston University where he received his bachelor’s degree in Physical Education and History and later his Master’s Degree from the University of North Alabama.

Atkins began his coaching career with his older brother, Roland, in Greenville in l968, and then moved to Gurley, Alabama where he became the head football coach and athletic director. He had several other head coaching jobs including when he was at Millry as head coach where his team played Sweet Water, being coached by his brother, Noland.

Atkins served as principal at Marengo County High School and at Sweet Water, and following his retirement from public education, he served as head master/coach at Demopolis Academy. His football teams made the playoffs in their division three times and his baseball teams won three State Championships during his tenure at Demopolis.

In l998, Atkins was recognized by the Tuscaloosa News as coach of the year in baseball. Again after retiring, he taught and coached football and softball at Patrician Academy where his softball teams made several appearances in the State tournament before he officially retired “for good.”

Atkins and his wife, Brenda, live in Sweet Water, and they have three children, Ken, Sandy, and Mike.

The second inductee is Tom Boggs, who graduated from Linden High School in l958 where he played football for four years.  As a junior he was selected First Team All-Conference Guard, and Honorable Mention All-State at a time when there were no high school classifications, and players from all schools were considered for the few All-State Honors. His football career was cut short by a kidney injury as a senior, and although he only played in four games he was still selected by Conference Coaches as Honorable Mention All-Conference. 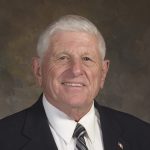 As a high school senior, Boggs organized and coached the first track team at Linden, and in his first year at Livingston State College he was selected as a Student Coach for the Freshman Physical Education Class.

Boggs retired from the Military as a Green Beret Colonel. While an enlisted man he played catcher for an army fast pitch softball team, and while in law school he played on a Championship Alabama Intramural Football Team.

Before law school, Boggs lived and worked in Demopolis as a professional Boy Scout executive, and during that time he volunteered to coach Little League Teams, and was the PA announcer for Demopolis High football. For his activities volunteering with athletics and youth he was selected by the Demopolis Key Club as the l966 Citizen of the Year.

In 2007, Boggs put together a committee and co-founded the Marengo County Sports Hall of Fame. After preparing and filing the incorporation papers for the hall, he served as Chairman of the Board through the preparation for the tenth annual hall of Fame Banquet preparation, and presided at each previous banquet as Master of Ceremonies, wrote and had published a multitude of news articles about the hall over the years, arranged with the City Library Board for the Hall to be located in a room on the first floor of the library where there are many exhibits on display. He prepared, organized and maintained complete records of all activities of the hall, and continued to lead and promote the Sports Hall of Fame from one successful induction banquet to another, resulting in the Marengo Country Sports Hall of Fame being one of the premier county organizations of its kind in the state.

He and his wife, Alice, make their home in Demopolis. Between them they have six children, Tadd, Lynn, Ben, Rhonda, Amelia and Melissa.

The third inductee for 2018 is Keith Holley. Holley played football, baseball and basketball at Linden High, and then graduated from Marengo Academy in l971. He was selected as Blackbelt All-Conference in all three sports, and was named as an all-star baseball player as well as receiving all-state honors in baseball. He was also selected MVP of the district basketball tournament his Senior year. 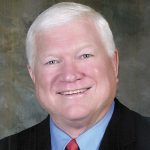 After graduating from Marengo Academy in l971 he was recruited by Alabama, Auburn and Georgia, but signed a letter of intent with Mississippi State University. He was moved from quarterback to tight-end his freshman year, and then played his remaining three years on defense for the Bulldogs.

After receiving a degree in education in l975, Holley began teaching at Copiah Academy, and was assistant high school football coach under Jack Thomas of Half Acre, who was inducted into the Marengo County Sports Hall of Fame several years ago.

In l978, Holley became the head junior high coach and led them to a South AA District Championship, for which he was promoted to head football coach and athletic director in l980, compiling a record of 10 wins and 2 losses, won the class AA State Championship, and he was selected the District Coach of the Year.

The l981 year was a repeat of the championship and Holley being Coach of the Year.

Holley left Copiah Academy at the end of the school year, and became head football coach at Excel High School for two years before he moved out of coaching and education and into employment at James River Paper Mill.

Holley and his wife Becky live in Demopolis, and they have three children, Hailey, Austin and Logan.

Inductee number four for 2018 is Cecil Robinson, a native of Linden.

Robinson began his love of athletics in the eighth grade, and graduated from Linden High School in l980, where he not only excelled in basketball, baseball and track, but was a four year starter at cornerback and wide receiver on the football team. 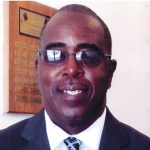 After graduating high school, Robinson enrolled at Miles College where he played football for four years as cornerback and safety. He was named to the Southern Intercollegiate Athletic Conference second team in l984. Cecil worked out for the New Orleans Saints, Atlanta Falcons and Dallas Cowboys, and was in Camp with the Birmingham Stallions for two months.  In 2015, Cecil was inducted into the Miles College Sports Hall of Fame.

After leaving Miles College, Cecil graduated from the United States Sports Academy with a bachelor’s degree in sports coaching, and has worked as assistant football and basketball coach at Linden High, A.L. Johnson and R.C. Hatch High Schools.  Cecil continues to volunteer as a football and basketball coach, as referee in Demopolis and Linden, and also works with the University of Alabama Football Camp.

Robinsoni and his wife, Sandra D. Munford Robinson, live in Demopolis, and they have two sons, Justin and Rod, and two daughters, Takesha Munford and Kenisha Mays.

Ticket prices will remain at $25 for a night of tremendous fun, chill bumps, great fellowship and excellent food.