Juleigh is the daughter of Scott and Janiece McLean. She is the granddaughter of Jeff and Nadine Holifield, Sal and Lorraine Medrano, Dannetta McLean, Allen and Edna Glover, and Jerry and the late Myrtie Jones. 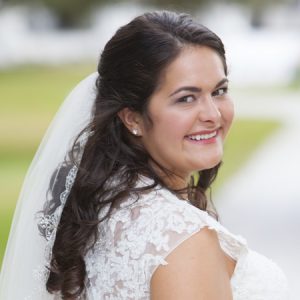 The bride is a 2013 graduate of Bryant High School and graduated in 2017 with an Education degree from the University of South Alabama. She is a current resident of Mobile where she is a teacher.

Kirk is the son of Scott and Edna Stevens. He is the grandson of Marvin and Caroline Spiller and Jackie and the late Donnie Stevens.

The groom is a 2009 graduate of Hale County High School. He earned an Engineering degree from the University of South Alabama in 2017. He is currently employed as an electrical engineer.

The couple were united in marriage at the Moss Rose Manor in Gulfport, Mississippi.