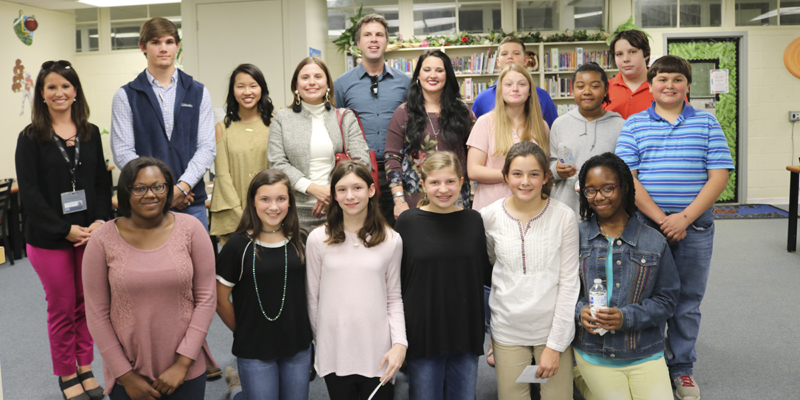 For the second year, Demopolis High School DECA conducted a course on entrepreneurship for the students who participate in the Demopolis Middle School After School Program.

This year, the program was “Who’s the Boss?” Who’s the Boos was a seven week program that taught sixth, seventh, and eighth graders the basics of entrepreneurship.

During the seven weeks, students had the opportunity to create a service that would benefit the community. While learning how to run their businesses effectively, they also developed skills on how to make a commercial to advertise their businesses. The finale for this event took place during DECA’s Global Entrepreneurship Week on Wednesday, Nov. 15.

For the finale of Who’s the Boss?, students presented their businesses and commercials to a panel of judges consisting of local entrepreneurs, Kirk Brooker, Sinda Fendley, and Ashley Coplin. Upon conclusion of the presentations and the scores were tallied, the group with the highest score was presented with gift cards that were donated by Naheola Credit Union and all groups were recognized for their accomplishments.  A reception was held for all of the participants and their families that were in attendance.

(This article originally appeared in the Wednesday, December 13 issue of the Demopolis Times.)