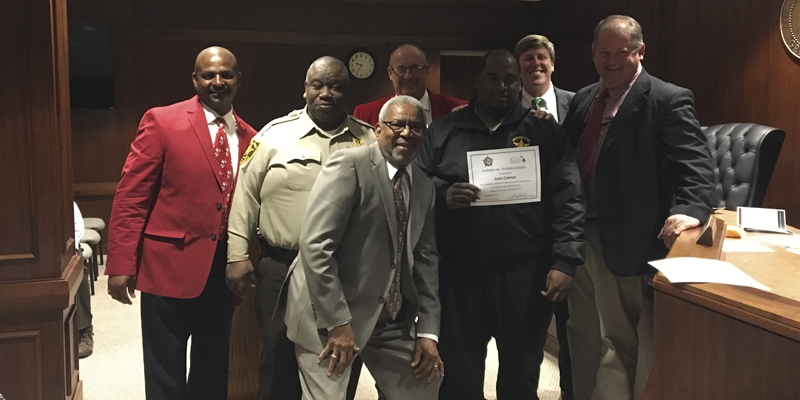 Bob Dooley of Keet Consulting Services, LLC (KCS) gave a presentation to the Marengo County Commission on Dec. 12 discussing their voting registration software, which has a Geographical Information Systems (GIS) component to be used with a county’s Board of Registrars.

KCS’s ES&S PowerProfile Voter Registration software would more accurately determine the polling places for each county resident, as well as what district and precinct part voters belong in. The program would decrease inadvertent voter fraud in the county. Barry Hunt, member of the Marengo County Board of Registrars, said the services would ease the board’s burden.

• A resolution was passed for the redemption of bonds for Series 2011-B Warrants. The council passed the resolution to make larger payments in order to pay off the debt more quickly beginning in February 2018.

• A motion was passed to change the employee holidays in 2018. State employees in Marengo County will not receive Confederate Memorial Day or Jefferson Davis’ birthday off. Instead, they will receive Dec. 24 and Dec. 26 off. Employees will also receive Nov. 23 off.

• Corrections Officer Justin Coleman was awarded at the meeting with a certificate from the Alabama Jail Training Academy in recognition of his completed training.

• A motion was passed to table discussion of the repainting of the Marengo County Detention Center as no bids were offered at the meeting.

• Laurie Hall announced the polling place in District 2 of the county was moved to a different room in the current location of Church of Flame.

• Armstead discussed the dilapidated condition of County Road 1. A motion was passed that No Thru Trucks signs be posted to County Road 1 as well as lowering the weight limit to 25 tons on the recommendation of County Engineer Ken Atkins.

• Commissioner Thompson discussed Sweetwater High School requesting to place speed bumps next to the school. A motion was passed to allow the request with SHS paying for the speed bumps and Marengo County installing them as well as purchasing and installing accompanying signs.

(This article originally appeared in the Saturday, December 16 issue of the Demopolis Times.)