A suspect was arrested for burglary on Friday, Dec. 8, but only after being chased down by Demopolis police officers.

Colby De’Wayne Lewis, 19, of Demopolis was arrested and charged with third degree burglary and attempting to elude a police officer. 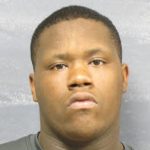 According to a DPD press release, officers responded to the parking lot of Quail Meadows apartments after receiving a call from an alleged victim that a man had pulled a gun on him. Upon arrival, officers approached Lewis and upon identifying him learned that was an active warrant for his arrest on the burglary charge.

When Lewis was informed of the warrant and told he was being arrested, he fled the scene on foot. Officers were able to chase Lewis down “after a brief footchase,” according to law enforcement.

Lewis was processed and transported to the Marengo County Detention Center to await a bond hearing.