DCSS names teachers of the year

Local teachers will be nominated for state award

The Demopolis City School System recognized one teacher from each of its four schools as Teachers of the Year during a meeting on Friday, Dec. 15. 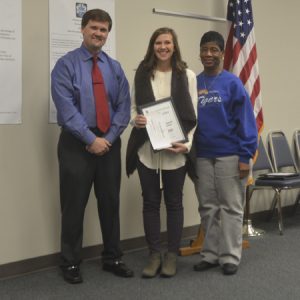 According to Superintendent Kyle Kallhoff, each school goes through their own process of selecting a teacher of the year. From the four local teachers awarded, two will be nominated for State Teacher of the Year honors — one each from secondary and primary grades. The finalists for those awards will be announced in April.

“Each of these teachers are great representatives of our school system,” Kallhoff said. “In my three years in Demopolis, I feel the teachers we submit have a great chance of being among the eight finalists (at the state level).”

The Teacher of the Year at Westside Elementary School is Hannah Kennedy, a special education teacher. 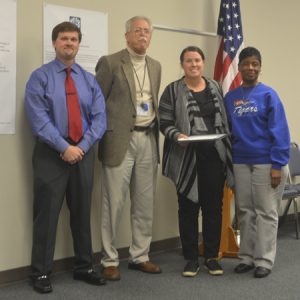 USJ Teacher of the Year Jennifer Bedsole (third from left)

“(Kennedy) always finds a way to ensure her students are included in school activities. She goes above and beyond and her love for her students and teaching is evident each day,” Kallhoff said.

“Mrs. Bedsole is a great teacher who makes a big difference by being involved in a lot of additional committees. She is a true leader at USJ,” the superintendent said.

Trish McVay is a sixth grade science teacher at DMS. 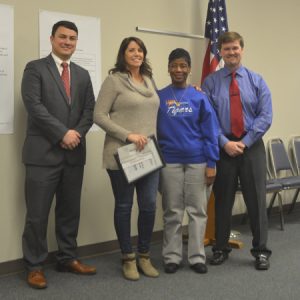 DMS Teacher of the Year Trish McVay (second from left)

“Mrs. McVay is very involved in the Alabama Math, Science, and Technology Initiative and brings a lot of hands-on activities and student collaboration projects to DMS, which are things you want at that level of learning,” Kallhoff said. 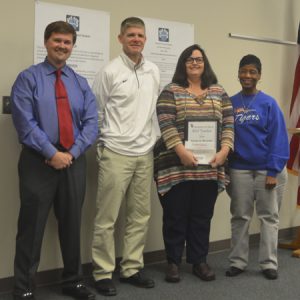 DHS Teacher of the Year Kim Browder (third from left)

DHS Teacher of the Year Kim Browder serves in a variety of roles that benefit students as well as other teachers. She is a Social Studies teacher at the high school.

“Mrs. Browder is the type of teacher who will serve on every committee and she also helps with the alternative program after school. She is the local AEA representative and serves many roles outside of the classroom that benefits our school and students,” Kallhoff said.

(This article originally appeared in the Wednesday, December 20 issue of the Demopolis Times.)