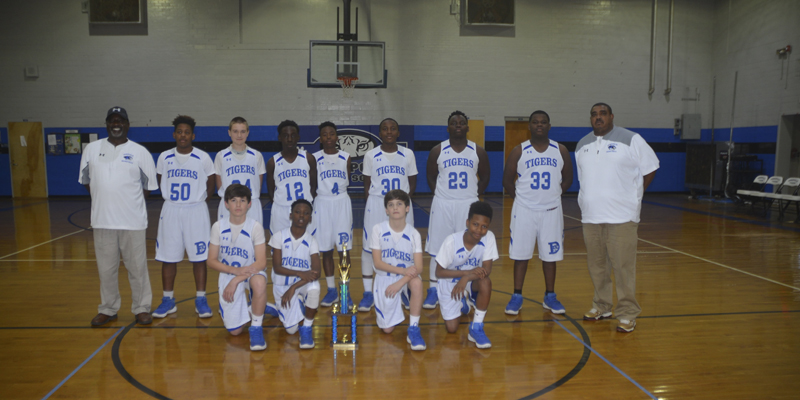 “We’ve been going there for over five years now, and our kids really play well when we go over there,” Head Coach Jesse Bell said.

According to Bell, the team has had an excellent season, with nine wins and only four losses. The seventh-grade boys team, as well as the girls and the eighth-grade boys teams, also had major wins on Jan. 9 against Selma Middle School.

They have three more games left in the current season. Bell said that the team has practiced hard and improved a lot.

“They come in and work hard. They play hard, and they play well together. I’m very proud of them,” he said.

At the tournament, the seventh-grade Tigers played against Pleasant Grove Middle School, Prattville Junior High School and Irondale Middle School. They lost to Irondale with a final score of 24-37.

“It was a good experience for us to get out there and play. We did some good things. We did some bad things, but you learn from what we did. It’s only making us better as a team and as individuals,” said Craig Nichols, captain of the team.

His fellow captain, Silas Mason, agreed with him.

“It was a good experience for everybody. We played well,” he said.

The seventh and eighth-grade boys teams will be playing in the Hillcrest Invitational Tournament on Jan. 12-13.

(This article originally appeared in the Saturday, January 13 issue of the Demopolis Times.)