The United States Senate Youth Program (USSYP) selected Tristan Mullen as one of two students representing Alabama during USSYP Washington Week held March 3-10. Mullen will be a part of the 104 national student delegation and will receive a $10,000 college scholarship to the university of his choice.

Mullen is a senior at Demopolis High School heavily involved in extra-curricular activities. He is the Scholars Bowl Co-captain, River City Blue Drum Major and Tiger Arts Guild President. He is a member of DECA, the Student Council and the Junior Beta Club and acts with the Canebrake Players. He was also one of two American Legion Alabama Boys State U.S. Senators. 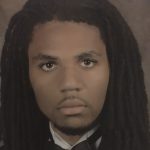 Mullen applied to the program as soon as applications were open in September. He took a cumulative government and politics test, which required a certain score to pass. He then wrote an essay based on a prompt list provided after the test. After being selected as one of 10 semifinalists, Mullen was interviewed in Birmingham about past and current political events.

“I honestly thought that I did terrible and that there was no way I was going to get in. But, obviously, it seems like I did better on the interview than I thought I did,” he said.

Mullen said he found out the results while at school and was too shocked to react.

“I got an email saying I’d been selected, and I was just numb when I got it. My classmates were more excited than I was. They were jumping around and stuff. It was a very fun moment.”

As part of the USSYP, Mullen and the other delegates will tour monuments and museums, attend Q&As with politicians including the president, have nightly speakers and shadow different elements in government.

Mullen said he was most excited to meet the chief justice and the president. He also looks forward to meeting the other delegates and that they already communicate with each other via group message. He said he enjoys hearing so many different opinions.

“It’s just been very enlightening to be able to hear so many different people’s take on current events.”

He said he has always been interested in the affairs of the country, recalling watching George W. Bush’s acceptance speech in 2004 when he was five. Mullen’s passion for government and politics was further spurred with President Barack Obama’s election.

He plans to double major in government and political science and apply to be a Rhodes Scholar at the University of Oxford, which is regarded as one of the most prestigious scholarships in the world. He then plans to attend law school and become a civil rights attorney. From there, Mullen may run for congressional office.

“You can’t really track something like senator or president. You have to get an entry level position and then see what stems from that,” he said.

Mullen plans to follow this path so he can help people, change their perspectives and start programs to encourage others. He wants to give back to the Black Belt area. He expressed interest in one day starting programs for the youth and elderly.

“I feel that it’s my life’s calling to be in public service. I’ve always felt that if you want to see change in the world, change in the country and change in your surroundings, you have to be willing to put yourself out there and help create the change.”

(This article originally appeared in the Wednesday, January 17 issue of the Demopolis Times.)