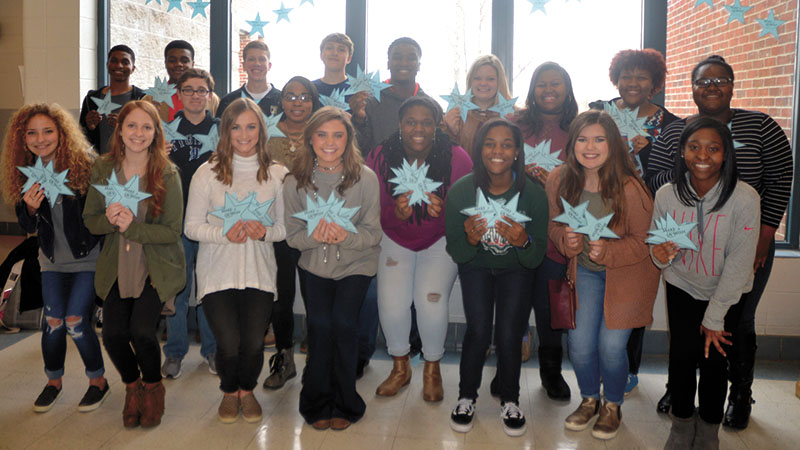 The Demopolis High School Student Council is holding a donation drive for the Make-a-Wish Foundation. They are selling blue stars for $1 during February, and the money raised will allow a 5-year-old to enjoy a camping trip with his family.

“Make-A-Wish grants life-changing wishes to children with life-threatening illnesses.  These wishes grant much more than a fantastic time; they allow the children to be children, to have a moment when they can just enjoy the magic of being a child.  It is in these moments they can forget about the scary, complicated treatments and the uncertain future they face,” said Rebecca Pipkins, who is the Student Council Advisor.

“Our school at least wants to raise $500,” said Xaviar Jackson, who is Student Council President.

The blue stars will be displayed throughout DHS at the front office and in the windows. DHS is one of 75 schools that are participating in the donation drive as part of the Alabama Association of Student Councils.

Proceeds from each school’s donation drive will be presented to the Make-a-Wish child at the Student Council State Conference in April, where he will be officially revealed to students for the first time.

“To lead a group of people—it’s not just about being in the spotlight. It’s to make everybody feel like a somebody,” he said.