A three-vehicle crash Friday, Feb. 2, has claimed the life of a Demopolis teenager. 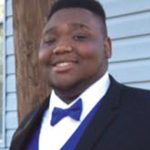 Joshua Deshan Burrell, 18, was killed when the 2012 Honda Civic he was driving was struck by a 2006 Peterbilt Tractor Trailer driven by Michael Dewayne Fudge, 47, of Dallas, Texas, according to the Alabama Law Enforcement Agency.

Burrell, who was not using a seatbelt, was pronounced dead at the scene.

A 1994 Oldsmobile Cutlass Sierra was involved after the initial collision.

Burrell was a senior at Demopolis High School.