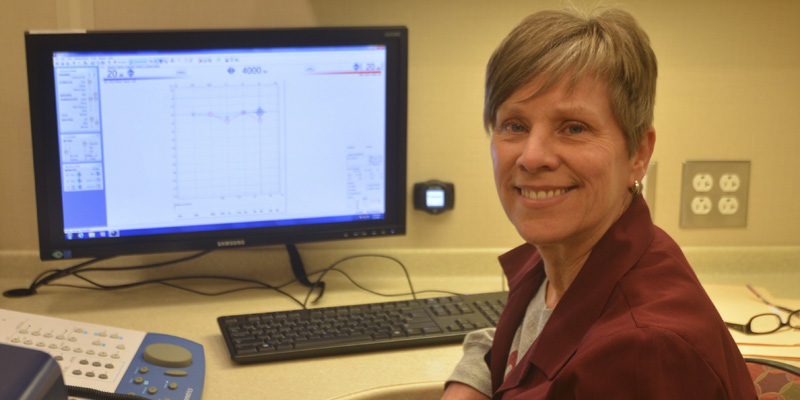 Hear Here Alabama from the Department of Communicative Disorders at the University of Alabama conducted free hearing tests and a hearing study at the Theo Ratliff Activity Center on Feb. 2 from 10 a.m. to 2 p.m.

Hear Here Alabama was started in 2016 by Dr. Marcia Hay-McCutheon in order to provide hearing tests to rural areas.

The hearing test consisted of listening to a series of beeps in different tones and finding the softest level that the participant could hear. Based on that, the hearing loss, if any, was classified with degrees such as mild, moderate or profound.

“If we do find that you have hearing loss, we provide you with resources that you can access in other areas. Unfortunately, there’s not a lot of resources within more rural communities,” she said.

If the participant signed up for the study, they also filled out a questionnaire about their quality of life and Hay-McCutheon took information about their overall health.

Hay-McCutheon said that those in rural communities with hearing loss face unique problems compared to those in urban communities.

“There aren’t groups here that might address or might talk with people who have hearing loss or get people with hearing loss together as a support network,” she said.

She also said that simply getting access to resources can be a hurdle to some in rural areas as they may be unable to travel.

“Just getting to these places is a problem.”

Hay-McCutheon warned individuals to wear hearing protection in noisy environments and to pay attention to their family history. She also recommended that anyone who has noticed some hearing loss be proactive and seek out resources to help them.

Hear Here Alabama will also be in Camden on Feb. 23, Marion on March 2, Livingston on March 30 and Pine Hill on April 13.

(This article originally appeared in the Wednesday, February 7 issue of the Demopolis Times.)