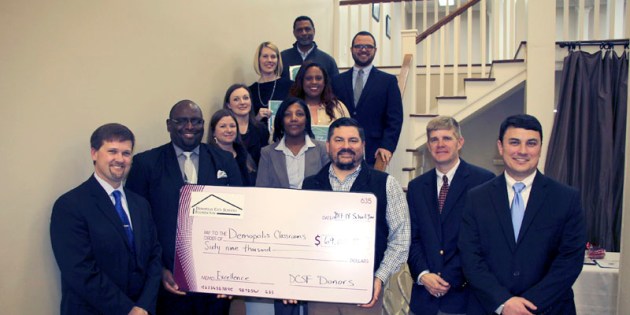 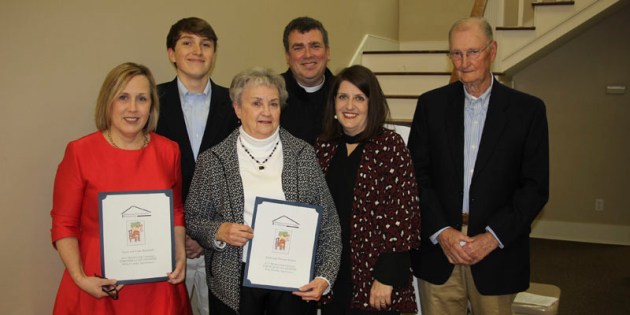 Those recognized for giving to the DCSF at the Partner Level are, from left, Sarah Chandler and Luke Hallmark, Kayte Melton, J.D. and Amanda Barnes, and Thomas Melton. 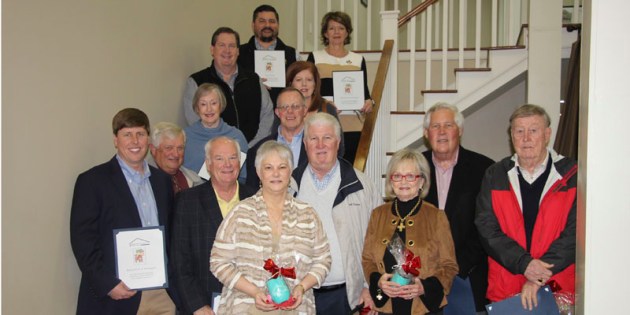 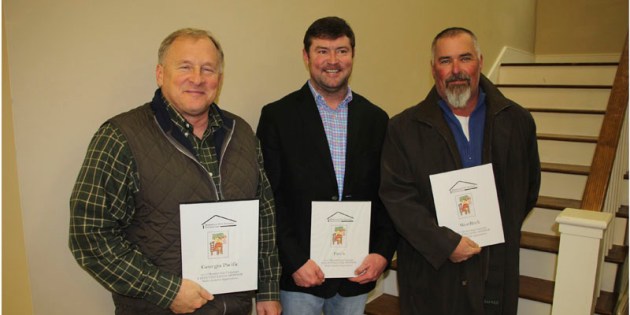 Those recognized for giving to the DCSF at the Executive Level are, from left, Chris Hughes of Georgia-Pacific, Joe Parr of Parr’s Chevron, and Scot Freeman of WestRock. 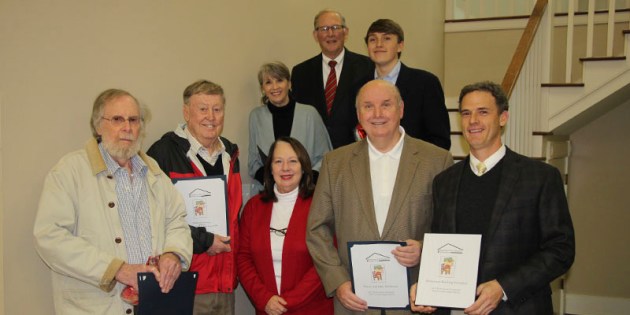 The Demopolis City Schools Foundation held its annual Donor Appreciation Celebration Monday, recognizing those that gave to the organization, as well as awarding $31,000 in spring classroom grants for the 2017-18 school year.

Sarah Chandler Hallmark, president of the DCSF Board of Directors, said the past year was another successful one for the foundation, seeing a “significant increase in the endowment fund and awarding $69,000 in classroom grants” in the 2017-18 school year.

“We offer our sincere thanks to all of those who give to the endowment fund, which secures the future of the foundation,” Reynolds said.

According to the DCSF Membership Committee Chair, the annual membership campaign is the largest fundraiser for the foundation each year.

Those membership donors who gave at the Executive Level were Georgia-Pacific, Parr’s Chevron, and WestRock.

There were 71 who gave at the Sustainer Level and another 89 giving at the Member Level.

“The funding we receive through donations puts us on par with some of the biggest school systems in the state, which is remarkable for a city of 8,000 people,” said DCSF Executive Director Amanda Barnes.

“Our goal is provide strategic grant building, such as the coding program at U.S. Jones Elementary and providing laptops for the History and English departments at DHS and DMS. Along with that, we want our teachers to be creative in applying for these grants,” she said.

In January, USJ was named a Council for Leaders in Alabama Schools (CLAS) School of Distinction, due to the coding program that was funding through DCSF grants.

“The foundation plays a key role in [the coding]program, because if we did not have the equipment to do it we would have not received this [recognition],” said USJ Principal Leon Clark said.

Among the highlights of Monday night’s event was the awarding of $31,000 in spring classroom grants. Following are the grants awarded:

• Dale Acker — $6,000 to purchase welding machines for the welding program at DHS.

• Charles Jones — $6,000 for a power threader to train the pipe theading process

• Meggin Mayben — $4,000 for a set of 10 Google Expedition virtual reality headsets for the DHS history department.

In addition to the awarding of spring classroom grants, the foundation reported that for the 2016-17 school year, there were 3,247 student interactions, 560 students learned computer programming, 519 library books were provided, and 90,035 library books were checked out.

(This article originally appeared in the Saturday, February 17 issue of the Demopolis Times.)