A vehicle wreck that led to the death of a Demopolis man has led to manslaughter charges against a driver accused of being under the influence.

The Demopolis Police Department has charged Lorenzo Contez Green, 53, of Demopolis with one count of manslaughter and one count of third degree escape. 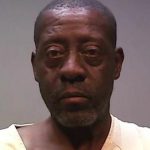 Demopolis Director of Public Safety Tommie Reese said the arrest came after the completion of an investigation into the accident, which took place on Jan. 30 at the intersection of Hwy. 43 and Hwy. 80. That accident led to the death of Lee Earl “Monk” Lewis who was a passenger in one of the vehicles involved.

Reese said the DPD’s investigation concluded that Green, who was driving a pickup truck, was under the influence of alcohol and ran a traffic light at the intersection, causing a tractor-trailer truck to crash into the passenger side of the vehicle and leading to Lewis’ death.

The escape charge came following his arrest when, according to law enforcement. Green was being processed and had been taken to Byan W. Whitfield Memorial Hospital for pre-admissions into the jail when he attempted to escape custody.

Green was apprehended and placed in the Marengo County Detention Center to await a bond hearing.