Kevin McKinney, chairman of MCEDA’s board of directors, said that it “couldn’t be anything but a positive.” He said that Bontrager’s time as director has laid the groundwork for better recruitment opportunities thanks to Bontrager’s push towards technology. 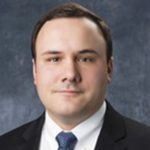 According to McKinney, the search committee felt that Bontrager’s youth and energy would give MCEDA a new strategy for recruiting industry. Since he joined in March 2017, Bontrager has overseen a new website, industrial sites becoming AT&T Fiber Ready-certified and participation in Alabama’s AdvantageSite program and more for the county.

“We felt like that youth would bring enthusiasm, and it has. We’ve seen more of a digital and technical expansion in the office,” he said.

McKinney said that the next step will be finding a new director. Bontrager was hired through a search consultant firm called Next Move Group.

“They understand that there’s a new search to be conducted,” he said.

Representatives from the group have been contacted again and will present the three best candidates to the five-member executive search committee.

“We’ll actually do the interviews with those three,” McKinney said.

According to McKinney, the interview will take two days and include a tour of Marengo County and a dinner.

“It’s not just one hour in the office,” he said.

McKinney said that a new director should be in place within 45 days, and until then, “we will lean on our relationship with UWA” until a new one is hired.

He also said that the county’s reputation will attract a qualified candidate.

“Marengo County is an attractive place to recruit industry.”

The search committee includes McKinney, Jim Parr, Aliquippa Allen, Hugh Overmyer and Malcholm Sanders, who are all on MCEDA’s board of directors.

At the time of publication, Bontrager could not be reached for comment.

(This article originally appeared in the Wednesday, March 14 issue of the Demopolis Times.)