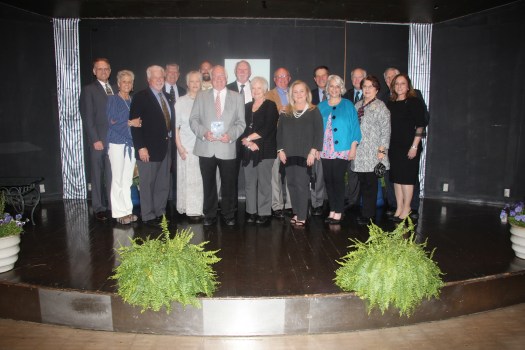 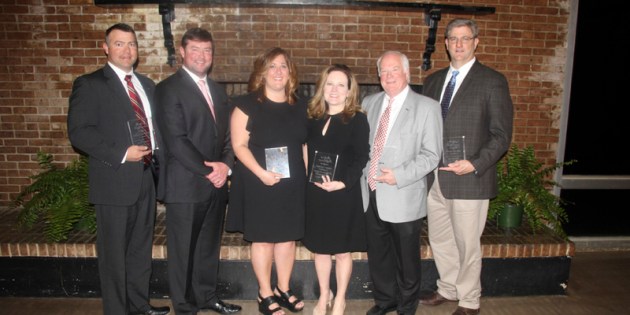 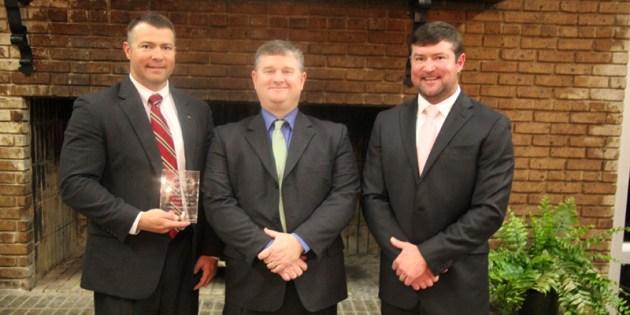 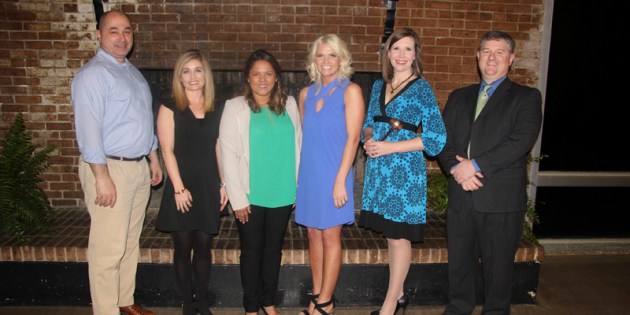 Members of the 2018 DACC Board of Directors include, from left, Buddy Sawyer, Aimee Reynolds, Gabby Lewis, DACC Interim Director Brittany Norris, Rebecca Hasty, and Michael Mullins. During the event, Mullin, who served as the 2017 board president, presented the gavel to Hasty who will serve as the 2018 board president. Board members not pictured are Valley Harrison, Kyle Kallhoff, Ben McCurdy, Aretha Muhammed, and Ben Sherrod. 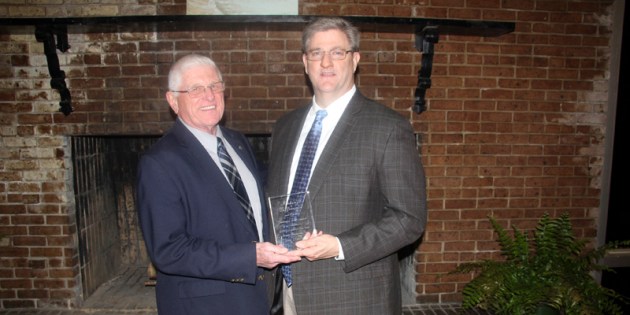 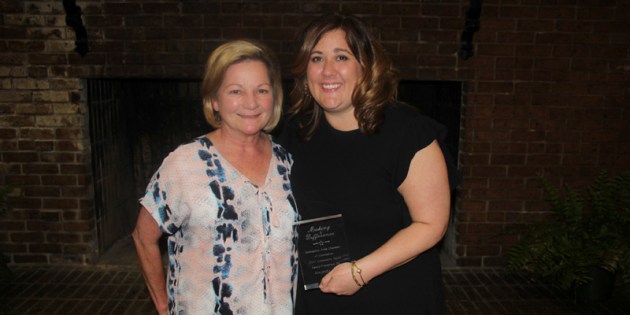 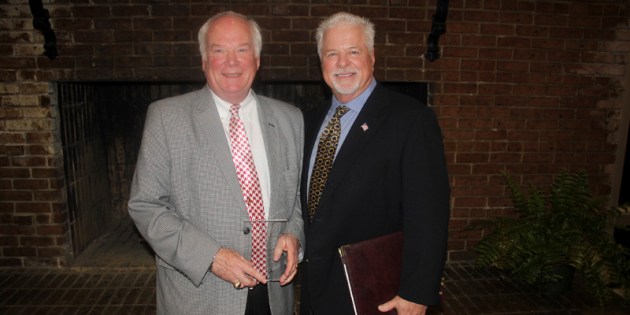 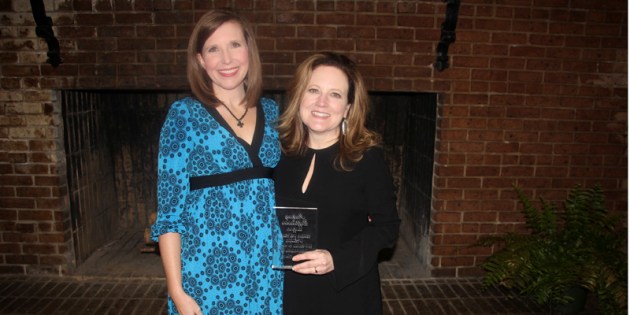 The Demopolis Area Chamber of Commerce held its annual celebration Thursday with the presentation of annual awards and a change in the DACC Board of Directors leadership.

The event marked the end of Michael Mullins tenure as president of the board of directors as he ceremoniously presented the gavel to 2018 Board President Rebecca Hasty.

Much of the evening’s event featured the presentation of annual awards, including awards for Community Spirit, Volunteer of the Year, Citizen of the Year, Business of the Year, and a Lifetime Achievement Award.

Wilson, along with his wife, Vickie, established Colony Office Products in Demopolis 41 years ago and Wilson has been involved within the community ever since.  Wallace pointed out in his presentation of the award that this is not Wilson’s first time to be honored by the chamber.

Upon receiving the award, Wilson said living in Demopolis is, in itself, a valuable award.

“I thank you for this award … I do treasure it. You are all my friends and I treasure you.”

The Business of the Year Award was presented to Parr’s Chevron.

“You can’t talk about the positives of Demopolis without mentioning Parr’s Chevron and the Parr family,” said Michael Mullins, who presented the award. “From supporting youth sports, our schools … Parr’s is always there. While their stores have expanded beyond Demopolis, there hearts are still here at home.”

The award was accepted by brothers Jim and Joe Parr, and both spoke about the importance of their family in laying the foundation for what Parr’s Chevron is today, specifically mentioning Irma Parr, who passed away in February at the age of 92. Irma and her husband, Howard, began the business about 76 years ago as Parr’s celebrated its 75th anniversary in 2017.

“She was the pillar of our family,” said Jim Parr.

The brothers also said it is their employees and customers who make Parr’s a success.

“We have to thank the employees at all of our stores,” Jim Parr said. “We would not be where we are today without our employees and our customers.”

Tom Boggs presented the award for Citizen of the Year to Jim Stanford of Robertson Bank and a longtime member of the Demopolis City School Board.

“There are so many things he’s done over the years … he has always volunteered his time and never sought out recognition for it,” Boggs said. “He has made a name for himself, not because he wanted to, but through service to his community and to his Lord.”

Stanford said upon receiving the award, “I’ve done a lot of reflecting … 27 years ago Penny (wife) and I were still in college and faced with the decision on where we were going to go (to get jobs). One of the best decisions I’ve made was to stay and live in Demopolis. The service (by the people of Demopolis) is what makes our community so great.”

“Amanda loves this community and I can’t be more excited to present her with this award,” Young said.

“The City of Demopolis has always been my home and it is an honor to be recognized (with this award),” Hall said.

The Volunteer of the Year Award was presented to Connie Davis by Rebecca Hasty, who spoke specifically on Davis’ efforts organizing work on the Christmas on the River Day Parade.

“She put her full heart behind the project and we are very thankful for her hard work,” Hasty said.

Davis, a teacher at Demopolis High School, said she had a lot of help at the COTR Warehouse last summer.

“From the bottom of my heart, it was my pleasure. I tell my students that true bonds are formed in the trenches where people have to work toward a common goal. I had a lot of help from a great group of kids … if the door was opened they were there,” Davis said.

The event also featured recognition of the 2018 Board of Directors, which includes Valley Harrison, Kyle Kallhoff, Gabby Lewis, Ben McCurdy, Aretha Muhammad, Aimee Reynolds, Buddy Sawyer, and Ben Sherrod with Mullins remaining on the board as immediate past president and Hasty taking the gavel as president.

The chamber also thanked the following for their support of the chamber celebration: the City of Demopolis; Barbara Blevins and the Demopolis Public Works Department; Stacy’s Restaurant for catering the event; Blackbelt Garden and Gifts; Collins Communication; Southern Blessings; Kirk Brooker; and Melissa Blankenship.