Smith to be honored at annual gospel celebration 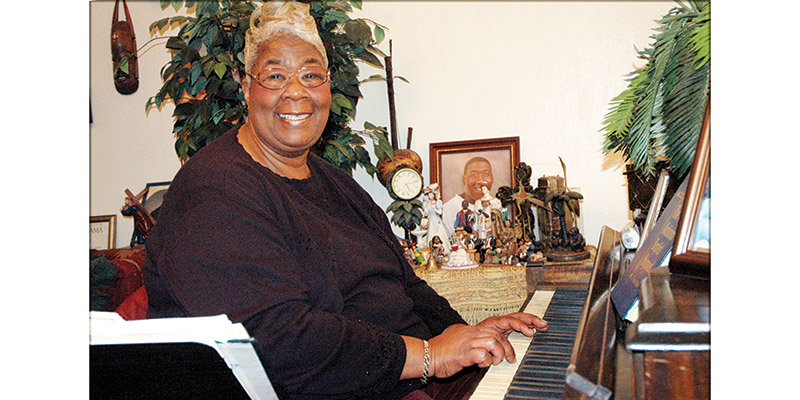 Demopolis resident and musician Sara Smith will be recognized during the 18th Annual Gospel Celebration to be held at the Theo Ratliff Activity Center on Sunday, March 25.

Sara Smith, who has delighted many with her gospel singing, will be honored at the 18th Annual Gospel Celebration to be held on March 25 the Theo Ratliff Activity Center at 2 p.m. Gospel groups, choirs and soloists are invited to join the celebration.

According to Smith, the event honors the times that Smith has sung with other gospel groups at different churches. She attends 15-20 celebrations per year. Each event she attends honors a different singer or group.

“When I go to celebrate [at other events], I go celebrate with the gospel groups to celebrate singing with them and preaching,” Smith said.

Smith has been a gospel singer for 18 years, when she took up piano lessons with her son Christopher Micah Smith. For nearly two decades, she has been singing in gospel groups and solo.

Smith said that, thanks to her gospel singing, she has made thousands of friends.

“I meet a new friend just about every day because I love people,” she said.

Smith recorded a CD in 2008 called, which shared the same title as her favorite gospel song “God Will Heal the Land.”

Smith has been led by faith for much of her life starting when she was 15. At that age, her mother died, and her father left Smith in charge of her seven younger siblings.

Smith bought a car and got a job before she even had her driver’s license. She crocheted on the side for extra money, and she and another sister took turns staying home from school to take care of the siblings that were too young to attend school.

According to Smith, that is when she really learned how to pray.

“I had to learn how to have strong faith,” she said.

She bought her first Bible at nineteen and has studied it ever since.

“I try to keep Him first in my life, and if I get off track, I will repent and ask Him ‘Will you please forgive me?’ she said.