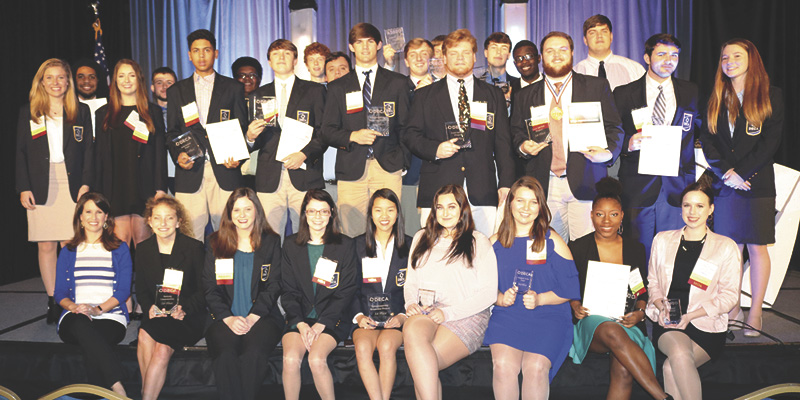 Projects were done throughout the school year by DECA members and the chairs on those projects compiled 30-page papers and 15-minute presentations. Several students competed individually while others competed in teams.

“These students worked extremely hard to get on stage in Birmingham, through working countless hours during and after school to ensure their events were successful,” said Courtney Kerby, Marketing Imagine Academy Teacher at DHS.

The chapter won several awards. One being the Thrive Level Community Service campaign from a coat drive the students hosted in the fall.

Another chapter award was earned from MDA (Muscular Dystrophy Association). Students hosted a “Tailgate for MDA” before the Tigers played in the fourth round of the state playoffs. DECA charged admission to the tailgate and raffled off door prizes donated by Green Family Eye Care and Lindsey’s.  All of the proceeds went to MDA.

The chapter was also recognized with a membership award and an outstanding advisor award.

Other awards won included the following.