Committee will begin interviews for US Jones principal in April

The Demopolis City Schools Board of Education on Monday approved renewing contracts for two principals. 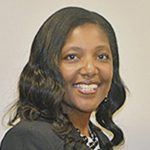 “Mrs. Jackson has done a wonderful job and has changed the culture at (WES). The teachers at the middle school are very happy with Mr. Kiser and the freedom he has given them to be creative in their classrooms. We are happy to have them and are fortunate that they want to remain in Demopolis,” Kallhoff said. 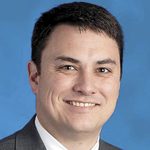 While the contracts for WES and DMS principals were extended, the school system is seeking a replacement for U.S. Jones Principal Leon Clark who will retire after this school year.

Kallhoff said he has received over 30 applications for the U.S. Jones principal position. He said a committee would begin interviewing those applicants in early April with the goal of having a recommendation to the board by late April or early May.

Kallhoff also received consent from the board to begin advertising for elementary teachers for the 2018-19 school year.

“We have already started to see some resignations and we don’t want to wait (to begin searching for candidates),” Kallhoff said.

Among personnel changes approved during the meeting was the resignation of April Johnson, secretary at Demopolis High School; the retirement of Christine Anderson, an aide at U.S. Jones; and Sue Moore, a fifth grade teacher at U.S. Jones.