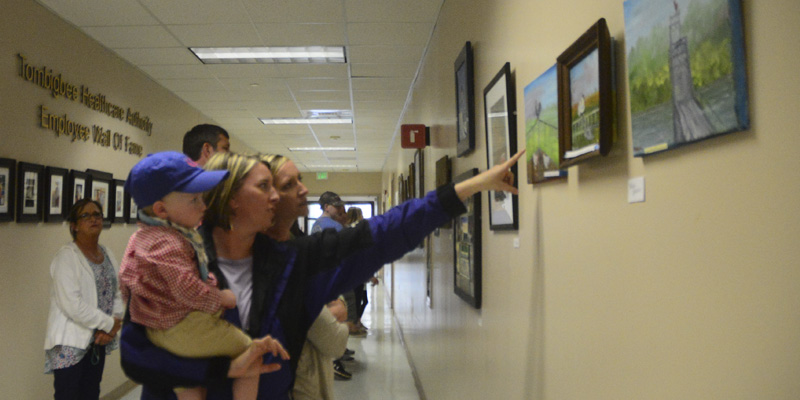 The Rooster Day Art Exhibit is open until April 29 during operations hours of the hospital.

ABOVE: Katy Jordan, left, and Joy Gunner examine art at Rooster Day’s Art Exhibit opening reception at Bryan W. Whitfield Memorial Hospital on March 18. Kirk Brooker, operations director for the Marengo County Historical Society, said, “This was the first year, but we’re super excited about the work that was on exhibit, and we look forward to an even bigger exhibit next year.” The exhibit is open until April 29 during operations hours of the hospital. 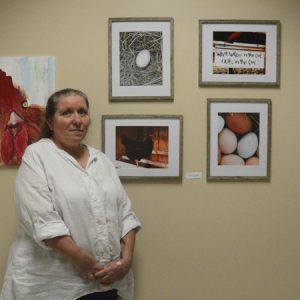 RIGHT: Lynda Tucker stands next to her four photographs that are on currently on display. Tucker took all of her pictures with a Galaxy S8 cell phone camera, and she said that the only editing she did was cropping. Tucker said that she was excited to see her photographs displayed. “I like it. They look better framed.”