The University of West Alabama has joined with AT&T to announce the slate of speakers and featured panelists for the Alabama Summit on Rural Technology, set for April 13 on the UWA campus. The event features a broad slate of experts who bring unique perspectives to address rural Alabama’s need for an enhanced technology infrastructure.

Event coordinators expect the program and expertise that will gather to be a tremendous step forward in economic development, education, and overall quality of life for rural Alabamians. 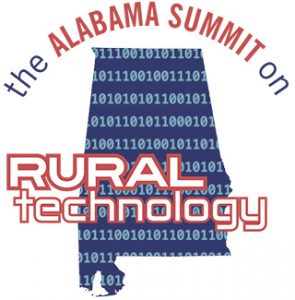 A slate of statewide officials will participate in panels for Public Policy & Rural Technology, Small Towns & Big Ideas, the future of technology in Alabama’s rural counties, and more.

A session on public policy and rural technology features Sen. Clay Scofield (R-Ala), Rep. David Standridge (R-Ala.), and Sonny Brasfield, executive director of the Association of County Commissions of Alabama. Scofield, who represents Alabama District 9, introduced and sponsors SB149, The Rural Broadband Act, which would bring an investment in infrastructure in rural areas.

In a session dubbed “Small Towns, Big Ideas,” two engaging and successful mayors from Alabama will share ideas that have helped their small cities thrive. Mayor Gary Fuller of the City of Opelika and Mayor Sheldon Day of the City of Thomasville will give an in-depth look at the programs, resources, and strategies that have proven beneficial in Opelika and Thomasville. Fuller will discuss Opelika’s status as Alabama’s first and only city in the state to be named a Smart City, having deployed a 100 percent fiber network that offers high speed internet throughout.

Participants should register prior to April 2 on Eventbrite at AlabamaRuralTechnology.eventbrite.com. Event registration is $25 and includes lunch and refreshments throughout the day.

For more information, contact UWA’s Division of Economic Development and Outreach at 205-652-3827.