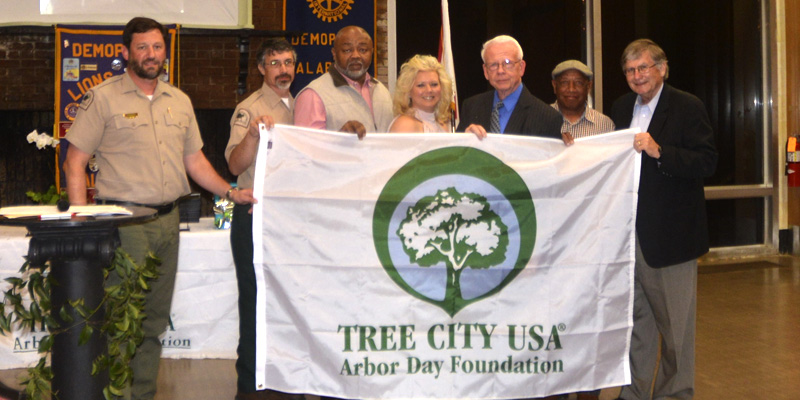 Participants of Demopolis in Bloom, an extension of America in Bloom which is designed to promote community enhancement through beautification efforts, were treated to nearly a full day of half-hour classes on topics ranging from pottery to forestry to raising chickens. Eleven sessions were held on Wednesday helping residents and business owners alike keep their property and the city of Demopolis beautiful. 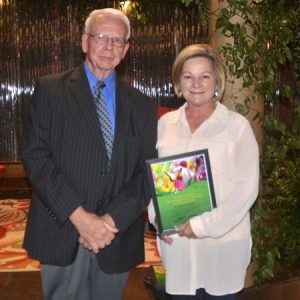 Last year’s classes paid off on Thursday at the seventh annual Bloom Awards, a banquet honoring residents and business owners with clean, neat and beautiful properties. Volunteers who spent their time helping others with beautification efforts were also honored at the event.

Mayor John Laney welcomed all attendees to the occasion.

“This is a special night because of everything that everyone does to bring us together,” he said.

Mayor Laney also thanked the volunteers and sponsors for their efforts in Demopolis in Bloom, the Bloom Awards, and for keeping the city beautiful in general.

“I can’t say enough for what you all have done for our city, so thank you very much.”

Connie Davis was the Master of Ceremony for the Bloom Awards. Davis was named as the Demopolis Area Chamber of Commerce Volunteer of the Year in 2017 for her many services to the community including acting as chairperson for the 2017 Christmas on the River Day Parade, being a member of the YOUth LEAD board and sponsoring the Junior Chamber Ambassador.

“The awards presented tonight are a way to show appreciation for groups and individuals maintaining excellent curb appeal throughout our city,” she said

At the event, Tree City USA, a program created by the Arbor Day Foundation to encourage and support cities maintaining and expanding their public trees, presented the Public Works Department, volunteers and the city of Demopolis the 2018 Growth Award for their efforts and achievements in Tree City USA.

“It really shows pride in what you do,” said Billy Carlisle, a member of the Alabama Forestry Commission who presented the award.

At the end of the night, Public Works Superintendent Barbara Blevins summed up her thoughts on the evening.

“It was amazing,” she said. 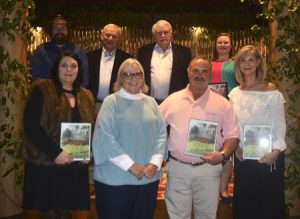 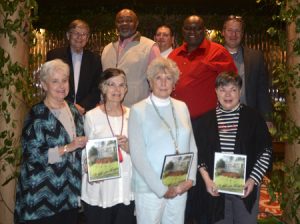