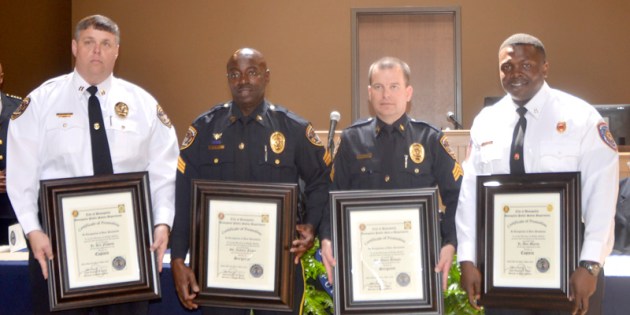 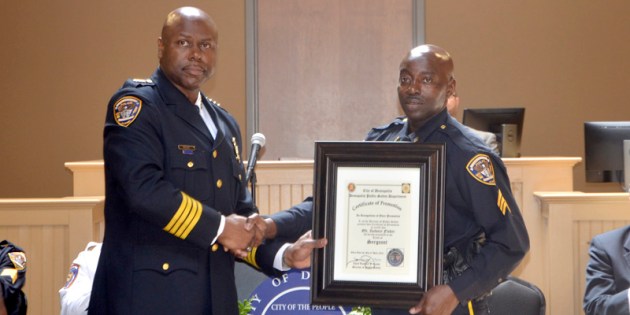 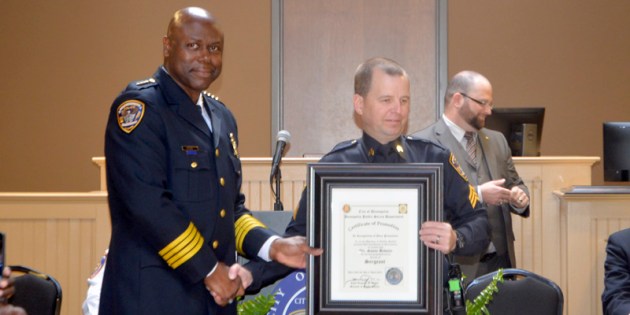 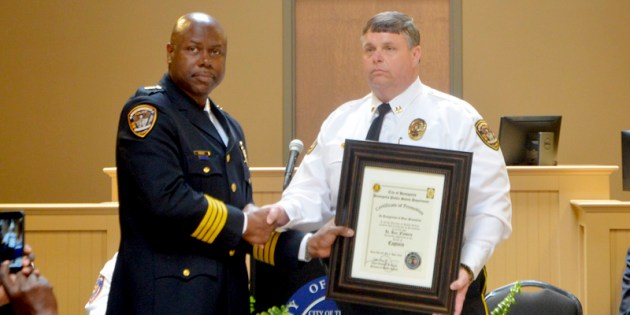 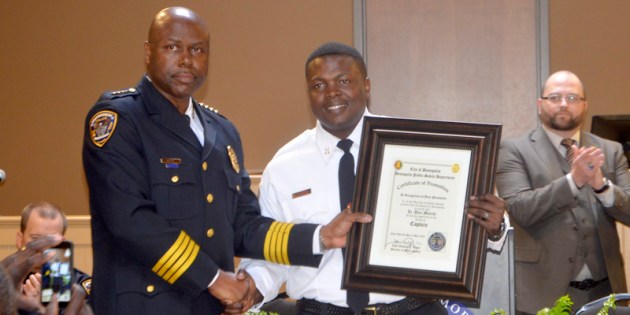 Four members of the Demopolis Public Safety Department were promoted on Tuesday during a special ceremony surrounded by family and friends at the Demopolis Municipal Police and Court Complex.

Mayor Laney greeted the attendees saying that he enjoys seeing the men being recognized for what they do for the city.

“They are selfless because every day that they go to work, they put their lives on the line,” he said.

Morris has been with the Demopolis Fire & Rescue Department for 10 years. He teaches and demonstrates fire prevention to Demopolis’ youth, elderly and disabled citizens. He also teaches CPAT for upcoming firefighters and CPR for first-time students. He is the team leader for implementing the department’s new Emergency Reporting Software.

“I’m excited to get started in my new job and to continue to make an impact on the city of Demopolis,” he said.

Morris is married to Iesha Morris. Together they have one daughter: Alesha Shanice.

Bedsole has been an officer with the Demopolis Police Department for five years. Bedsole gradated in the top 10 percent of his class at the Alabama Criminal Justice Training Center. He is the department’s NRA Pistol and Shotgun Instructor and the FBI Patrol Rifle Instructor.

“I feel grateful the chief would [promote] me. I feel the burden to lead the guys in the right direction and to protect the city,” he said.

He is married to Wavely Bedsole. Together they have three children: Trey Williams, Amanda and Tucker.

Fluker has served in patrol, criminal investigation and narcotics with the DPD for the past 19 years. Currently, he is the Special Response Team Commander.

Flowers has been with the DPD for 24 years. He has served as a Patrol Sergeant and as Lieutenant (Division Commander). He currently works in the Support Service Division and is the first captain in DPD history.

“I’m just grateful. I’ve been here for 25 years, and I’m just humbled to be in the same place for as long as I have.”

Director of Public Safety Tommie Reese said he was confident in the men who were promoted at the ceremony.

“I don’t feel that I’ve made a bad decision at all with these young men here. I feel like they will be here for the city, and they have shown me growth.”

(This article originally appeared in the Saturday, April 7 issue of the Demopolis Times.)