Author Jerry Armor will discuss his book “A Home for Wayward Boys: The Early History of the Alabama Boys’ Industrial School” during a Lunch and Learn event hosted by the Demopolis Public Library on Thursday, April 19, at noon. 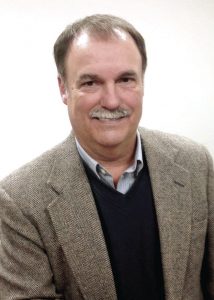 Author Jerry Armor will be the guest speaker at a Lunch and Learn event at the Demopolis Public Library.

When reformer Elizabeth Johnston walked among the convicts in an Alabama prison mining camp, she was stunned to see teenage boys working alongside hardened criminals. She vowed to remove youngsters from such wretched conditions by establishing a residential school for them. A Home for Wayward Boys recounts how Johnston, with the support of women across the state, persuaded the legislature to establish the Alabama Boys’ Industrial School in 1900.

After several difficult years, Johnston and her all-female board hired a young Tennessee couple, David and Katherine Weakley, as superintendent and matron. United in their Christian faith, their love for the boys, and some basic principles on how the boys should be molded into men, Johnston and the Weakleys labored together for decades to make the school one of the nation’s premier institutions of its kind. A Home for Wayward Boys is the inspiring story of the school, its leaders, and the boys who lived there.

Looking back a century removed from the founding of the Alabama Boys’ Industrial School, it seems evident that the problems faced by today’s youngsters are more complex and their mistakes made often far more serious than those of their predecessors. But, Armor’s book is a reminder of the rehabilitative programs currently available are no substitute for compassion and a dose of common sense mixed in with a little unconditional love.

Armor served seven years as a juvenile probation officer, two years as the psychologist in one of the state’s prisons, and taught 30 years at Calhoun Community College and Athens State University. Today, he directs the Lawrence County Children’s Policy Council and teaches part-time. He has written extensively for both academic and general interest publications.

The Demopolis Public Library invites guests to this special event. Guests may bring their own lunch or call the library at 334-289-1595 to reserve a plate lunch for $7. Copies of the book will be available for purchase.

(This article originally appeared in the Wednesday, April 11 issue of the Demopolis Times.)