Community in Action visits DMS for talk about drug abuse 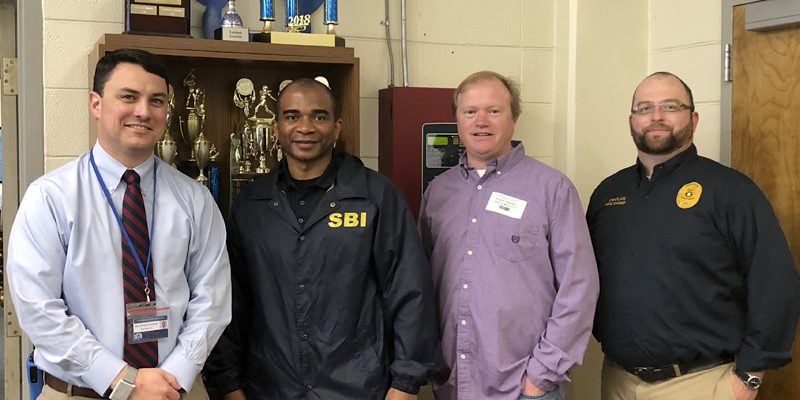 Community in Action gave a 30-minute presentation to eighth graders at Demopolis Middle School on April 4 to teach about the dangers of drug and alcohol abuse.

Board Member Mike Swims said that the presentation consisted of three activities: a discussion and statistics about drugs and alcohol, a demonstration of the negative effects of alcohol using fatal vision goggles and a game plan that the students can use when they are offered any substances.

Some students volunteered to complete tasks while wearing fatal vision goggles to demonstrate how impaired they really would be if intoxicated.

“You’ve got to do the best that you can to put them in that perspective,” Swims said.

Swims then presented some statistics to the students about drug and alcohol abuse. One such statistic that Swims mentioned was that a decades-long study found that individuals who regularly used marijuana lost an average of eight IQ points over time. Another was that regular users were also four and a half times more likely to have psychosis unmasked.

“Using [marijuana], your brain now has to get used to functioning and processing and trying to make sense out of this altered state that it finds itself in on a regular basis every week, and so it’s going ‘Okay, we’ve got to rewire here.’ So what happens is that when you’re not on marijuana, your brain is still functioning like you are,” Swims said.

Finally, Swims and other board members of Community in Action helped students think of ways to handle situations in which they are offered those substances.

He suggested students saying that they had to play sports the next day or would be grounded.

Swims said that he hopes to give presentations to other groups of students, especially with sophomores and seniors who will be experiencing new freedoms with obtaining driver’s licenses and attending college respectively.

According to Swims, Community in Action’s goals is to prevent drug and alcohol abuse by giving the community a clear understanding of what it means and the negative effects.

“What we’re trying to do is broaden [prevention work] so we can stem the tide that we see going.”