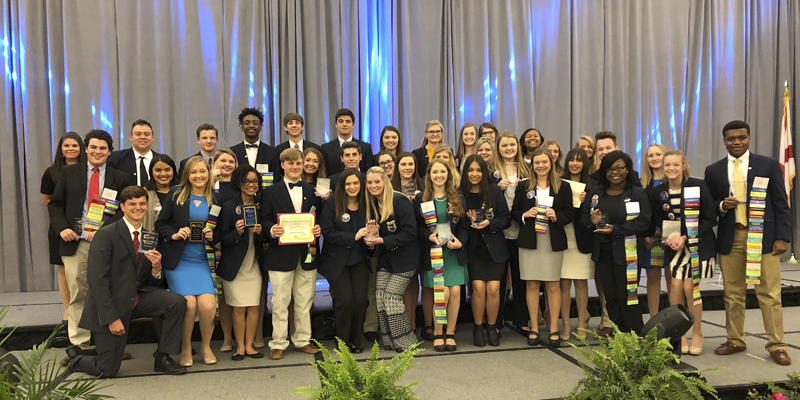 Jacobs was elected on April 13 at the FBLA State Leadership Conference 2018 in Birmingham. In addition to preparing for his competition, Jacobs was working on his campaign before arriving at the conference.

With the help of his father and fellow FBLA members Mackenzie Dill and Shelby Gandy, Jacobs wrote a speech, came up with campaign slogans and developed two major goals that he would focus on during his time as vice president. 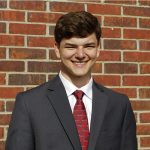 Jake Jacobs is the first DHS FBLA student to be elected district vice-president.

“[My dad] reviewed some other speeches made by some generals within the U.S. military, and he saw how they spoke to the crowd and made the crowd feel like they were important. And once we got that, and we got my foundation for the speech, we kind of just merged those two together,” Jacobs said.

Jacobs spent several hours on the first day of the conference campaigning. On the second and final day, he gave his speech and was elected.

The two main talking points of his campaign and his speech were strengthening communication between the FBLA president and District 3 schools and encouraging students in his district to accomplish more business achievement awards.

“One of the goals within the FBLA Blueprint for Success was developing character, preparing for useful citizenship and fostering patriotism, and I hit on each of those points and went into more of a description of how I was going to try to get that out to the schools within my district,” he said.

According to Jacobs, his main responsibility will be making sure all FBLA chapters in his district are aware of various opportunities and events. He will also be attending several events and conferences as a representative for District 3 FBLA chapters. He added that his time in FBLA has him well-prepared for his responsibilities as District 3 vice president.

“I feel like it has helped me mature a little bit in understanding how important this role is,” he said.

Kelly Gandy, FBLA advisor, said that being elected vice president is a great opportunity for Jacobs, and she said that she believed he would grow from it.

“I am very proud of Jake and his achievement on becoming a state officer. As District 3 vice president, I know Jake will represent our school, district and state with honor. He has a solid platform, and I fully believe he will fulfill those needs for our district.”

Winners from the state conference will compete again at the upcoming FBLA National Leadership Conference in Baltimore, Maryland, from June 26 through July 2.

(This article originally appeared in the Wednesday, April 18 issue of the Demopolis Times.