Edward Levy Jr. returned to his hometown of Demopolis on his 92nd birthday on Thursday, April 26. Levy’s daughters, Phyllis McDonnell and Suzanne Wall, brought him to Demopolis to celebrate his birthday, to reminisce on old memories and to see what has changed.

Levy and his daughters took the day exploring Demopolis, including the Marengo County History & Archives Museum, Bluff Hall, the town square and various places that he and his friends frequented or lived. 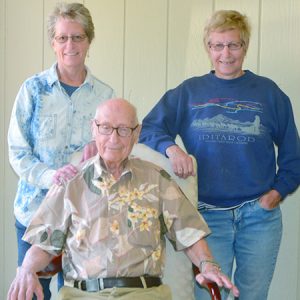 Phyllis McDonnell (left) and Suzanne Wall (right) traveled with their father Edward Levy Jr. (center) to Demopolis for his 92nd birthday. Levy moved in 1962, but many of his favorite memories take place in Demopolis.

Levy recalls several favorite memories from his time in Demopolis, including spending time with his grandfather, going to barbecues on Thursdays and playing games with the other children in town.

“One side of the town always played against the other,” he said.

Levy also reminisced about how small and close-knit the town was before he moved.

“It was such a small town that no matter where you were, if you were at someone else’s house and it was suppertime, they’d call your parents and say ‘Little Ed’s over here, can he stay for supper?’”

He also remembered the time that there was a leak in the dam and he, being a chemist, poured purple dye in the river by the area of the dam where the leak was suspected to be. His strategy worked and the leak was found and repaired.

Levy worked for Borden Chemical, which ultimately caused him to move from Demopolis to Massachusetts in 1962, where he worked for the rest of his career.

Levy has since moved to Charlotte, North Carolina and lives near McDonnell. 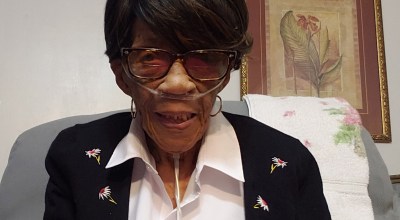