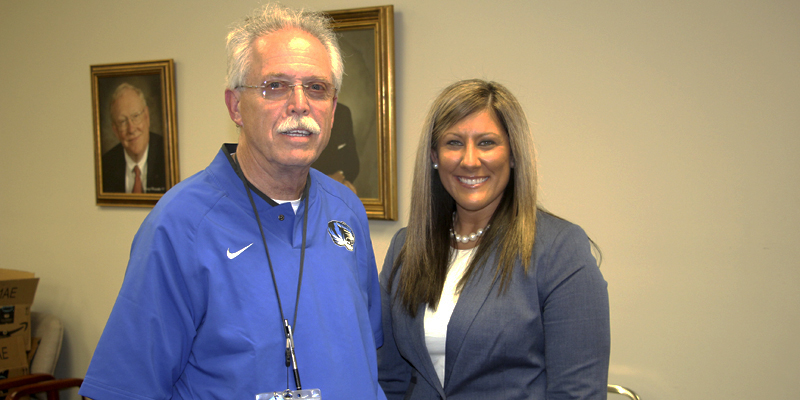 New U.S. Jones Principal Tori Infinger and Leon Clark who is retiring as the school’s principal.

The Demopolis City School System on Thursday approved unanimously the hiring of a new principal at U.S. Jones Elementary School.

Tori Infinger, who currently serves as an assistant principal at Brubaker Intermediate School in the Montgomery County School System, will fill the principal position following the announcement earlier this year that Leon Clark would retire from the position at the end of the school year.

DCSS held a special-called meeting on Thursday when the board approved the hiring of Infinger.

“(Infinger) brings a wealth of knowledge to our school system … her toolbox is full and her skillset well fits what we need at U.S. Jones,” said Superintendent Kyle Kallhoff.

Infinger said she looks forward to her new role and joining the students and staff at U.S. Jones.

“There are a lot of great things going on in Demopolis,” she said.  “U.S. Jones is a Class of Distinction School and I admire the system’s goals, which includes being among the top 10 school systems in  the state. I’m very excited about being a part of the Demopolis community,” she said.

In addition to the hiring of Infinger, the special meeting also marked the first for new board member Harris Hurst who was sworn in at the beginning of the meeting. Hurst replaces longtime board member Jim Stanford who stepped down at the end of his latest term.