Demopolis High School sophomore Ariel Williams was selected as one of 16 trombone players for the 2018 Alabama All-State Band after auditioning against hundreds of other student musicians in January.

Williams was named third chair of the district band and twelfth chair in the all-state band, earning her ranks in the White Band—the second highest tier out of three high school tiers.

For Williams, preparations for her audition started back in September, shortly after the prepared music pieces for the auditions were made available. 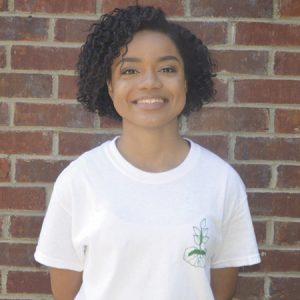 Ariel Williams, a sophomore at Demopolis High School, was named among 16 trombone players after competing against hundreds for a seat with the Alabama All-State Band.

In addition to playing the two prepared pieces at her audition, Williams also played 15 scales and did a sight reading, which is a music piece played with no prior preparation.

“It was really scary for me because I don’t like hearing myself play. I always think I did bad,” Williams said of her audition.

Director of Bands Demetrius Scott and Assistant Band Director Adam Brown were the ones who encouraged Williams to audition.

“One, she’s a natural-born leader and a natural-born person to take that initiative. And I knew she could handle it, and she represented the school well. And then, two, her talent on the trombone is just unbelievable.”

After auditions came practice for the concert. The White Band had roughly 10 hours to perfect five pieces, several of them much more difficult than the standard marching band music.

The all-state band members work under big names in the music industry such as famous music directors and composers. Williams played under composer Julie Giroux, who has worked for Warner Bros. and Disney.

“You don’t get a chance normally nowadays to sit under the composer of a piece … that’s rare,” Scott said.

Williams plans to audition once again next year and encourages her bandmates to do so as well.

“There’s so much talent in this band. I don’t know why these kids don’t try out,” she said.

Williams said that she thanks God, her parents, Scott, Brown and her bandmates for supporting her during her audition and her time in the band.