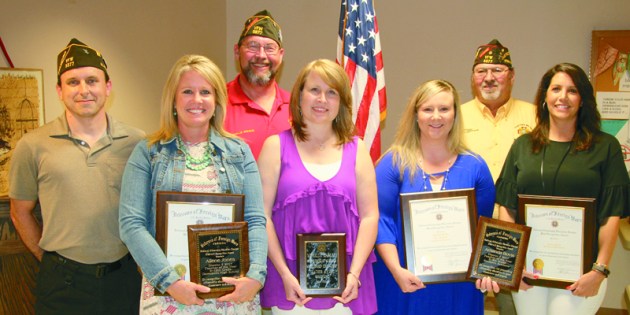 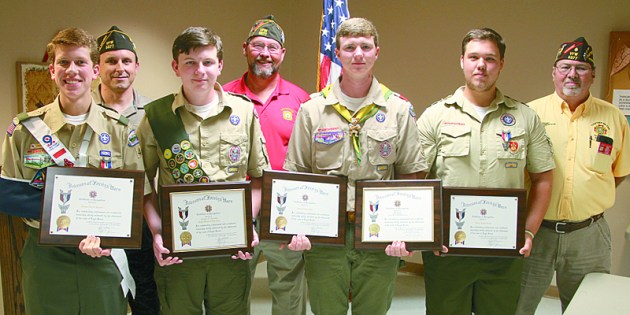 Recognized for achieving the rank of Eagle Scouts with the Boy Scouts of America are, from left, Joseph Barnes, Luke Lindsay, Noah Hay, and Ridge Brock. 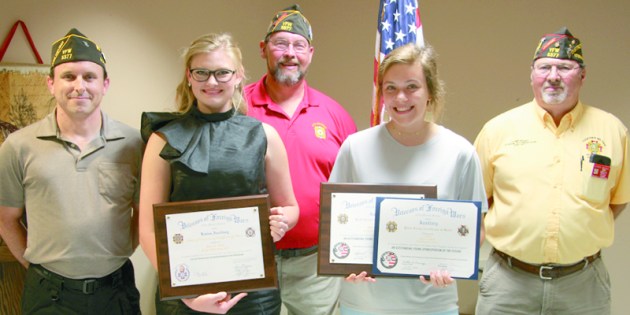 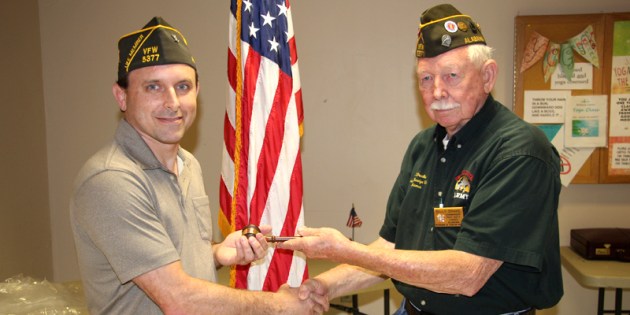 The Veterans of Foreign Wars Post 5377 held a special awards ceremony when the members presented its annual awards to teachers, students and members of the Boy Scouts.

Among the awards presented were those for Teachers of the Year for high schools, middle schools, and elementary schools. Two of those teachers selected by the VFW went on to win the VFW District 6 honors as well.

The Demopolis post also recognized Patricia McVay, who was among the Teacher of the Year recipients for Tuscaloosa’s VFW Post 6022.

A longstanding tradition of the VFW is to recognize members of the Boy Scouts who achieve the prestigious rank of Eagle Scout. This year, the VFW honored four, including Joseph Barnes, Ridge Brock, Noah Hay, and Luke Lindsay.

Also awarded were the annual winners of the VFW’s Voices of Democracy Scholarship and the Patriot Pen Scholarship.

The Voices of Democracy was presented to DHS’s Mary Kay Kish. The award is presented annually to a high school student who must write an essay on a specific topic and present a 3-5 minute oral presentation.

The Patriot Pen Award was presented to Demopolis Middle School’s Mary C. Smith. This award requires a typewritten essay on a topic selected by the VFW. In addition to winning Post 5377’s Patriot Pen, Smith placed third overall in the district.

(This article originally appeared in the Wednesday, May 16 issue of the Demopolis Times.)