Author to be featured at closing of ‘Making Alabama’ exhibit

The public is invited to the Marengo County History & Archives Museum, 101 N. Walnut, Demopolis, on May 24, from 5:30 to 7 p.m., for a closing reception of the ‘Making Alabama’ exhibit and a lecture by Dr. Edwin C. Bridges, the director emeritus of the Alabama State Archives.

Bridges served as the director of the Alabama Department of Archives and History for 30 years and is the author of a new book, “Alabama: The Making of an American State.”  Currently, Dr. Bridges is the interim director of the Montgomery Museum of Fine Arts. After the lecture, Dr. Bridges’ book will be on sale and he will sign copies.  This event is free and open to the public. 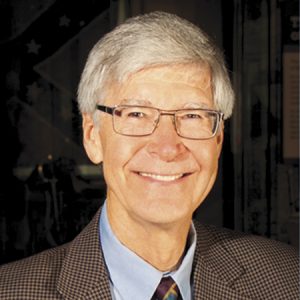 Dr. Edwin C. Bridges will speak at the closing reception for the Alabama Bicentennial exhibit at the Marengo County History and Archives Museum.

“Alabama: The Making of an American State” is hailed as a landmark in the historiography of Alabama.  “Comprehensive, engaging, and beautifully illustrated, the book is destined to be the standard narrative history of the state for many years and a key reference source for generations. The author chronicles the major people, places and events significant in Alabama’s story stretching back to the earliest prehistoric occupation down to the present day. From Alabama’s earliest fossil records to its settlement by Native Americans to European settlers and African slaves, from its territorial birth pangs and statehood through the upheavals of the Civil War and the civil rights movement.  It is the long and storied history of the state of Alabama that conveys the magisterial sweep of Alabama’s rich, difficult and remarkable history,” according to a MCHAM press release.

The exhibit focuses on the state’s history, culture and geography over the past 200 years, and showcases the major moments and decisions that shaped Alabama into the state it is today.

Making Alabama looks back at the state’s origins in the 1700s and tracks its evolution to the present day. It tells that story through an exhibit that incorporates interactive displays for information, as well as teaching resources.

This program is sponsored by the Alabama Bicentennial and the Alabama Humanities Foundation.

(This article originally appeared in the Wednesday, May 23 issue of the Demopolis Times.)