Marengo County voters will head to the polls on Tuesday, June 5, for this year’s primary election that will determine candidates for the general election in November.

In addition to the statewide races, including governor, the primary election could also determine this year’s Marengo County sheriff’s race. With three candidates, it is possible that a runoff will be held.

Voters who wish to vote for sheriff will have to select a Democrat ballot as all three candidates in that race qualified as Democrats.

Among the sheriff’s candidates is incumbent Richard Bates who was first elected in 2010. Bates served 20 years as military police followed by 18 years with the Marengo County Sheriff’s Office.

“I have always believed in a fair and hones law enforcement agency for Marengo County and I want to continue serving the people of Marengo County as I have been for the past seven and a half years,” Bates said.

Bates is a resident of Miller and is married to the Rev. Carolyn Bates. He has four daughters, Latasha Love, Sara, Laura and Richell Bates.

Among the two challengers is James Jones who has over 22 years of law enforcement experience, from patrol officer to a lieutenant and patrol commander. 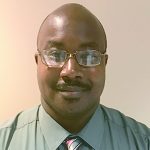 “I chose to run for sheriff because I love law enforcement and Marengo County is my home,” Jones said. “My first priority as sheriff would be get approval from the county commission to hire more personnel, first and foremost deputies, but also nurses, dieticians, jail personnel and administrative support.”

Jones is a resident of Sweet Water and is married to Belinda Landrum Jones. He has four children and four grandchildren.

The third candidate is Clint Sumlin, who has served as commander of the 17th Circuit Drug Task Force for the past seven years, having also served as a police officer with the Uniontown, Marion, and Demopolis police departments as well as a MCSO deputy from 2006 to 2010. 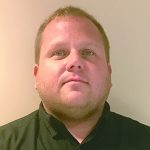 “I decided to run for sheriff after much thought, discussion and prayer. There is no greater honor than serving and protecting the people of your community. My first priority as sheriff would be to have more deputies to allow for full-time school resource officer, more patrols across the county, and establishing a K9 program. We will face budget problems in achieving this, but every problem has a solution,” he said.

Sumlin is a resident of Demopolis. He is the son of of Daniel and Rene Sumlin of Marion.

Secretary of State candidates running as Democrats are Lula Albert and Heather Milam.

There are two races for the Alabama Democratic Executive Committee, one for female and the other for male.

Those chosing a Republican ticket for the primary election will find only statewide races.

Lt. Governor candidates on the GOP ballot are Will Answorth, Twinkle Andress Cavanaugh and Rusty Glover.

Following are other races on the Republican ballot.

(This article originally appeared in the Saturday, June 2 issue of the Demopolis Times.)