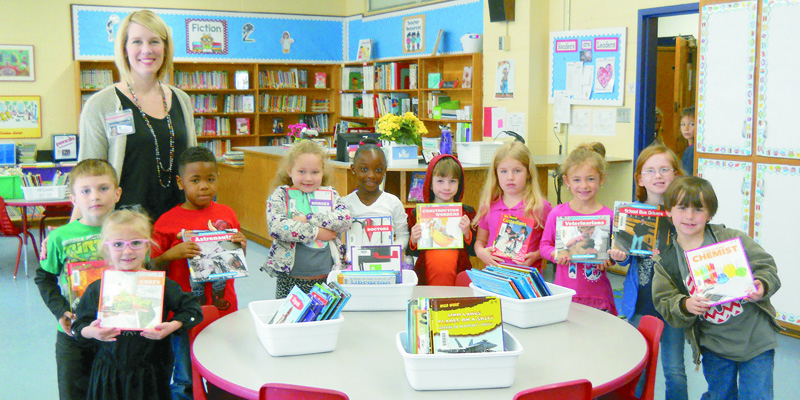 The Demopolis City Schools Foundation awarded $38,000 in Fall 2017. Grants were given in several different departments including the libraries, math, history and coding.

Demopolis Middle School received the most grants totaling over $19,500. The largest two grants both went to technology with $7,000 being awarded to Deborah McAfee to purchase 30 Chromebooks for the history department and nearly $6,000 to Carly Turner for Sphero robots and iPads to continue the use of coding between U.S. Jones Elementary School and DMS. 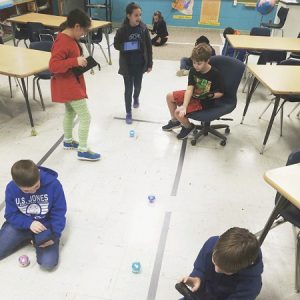 The school system’s robotics and coding programs continue to grow and benefit with funding help from the DCSF.

“They are coming out of U.S. Jones into the middle school with pretty significant knowledge of programming, so you kind of go ‘okay, what’s next?’” Executive Director Amanda Barnes said.

Susan Browder received almost $2,000 for manipulatives and other resources to give her sixth grade classroom hands-on experience when learning new math skills. DMS’ math department received another grant by the way of Amanda Smith, who used it to purchase scientific calculators for every math classroom at the school.

“There’s a lot of math that you need to know how to do the arithmetic, but once you’ve got that down, it’s better to just practice how you use that rather than actually having to spend ten minutes doing the more complicated arithmetic,” Barnes said.

She also said that even though scientific calculators are on the school supplies list, only about 20 percent of students have them.

“We are a relatively poor school system, so this just kind of provides some equity for these students that everybody is on a level playing field.”

Other grants include nearly $800 for Julie Foster to start a middle school scholars bowl team and $2,000 to the library to purchase more books.

Demopolis High School’s Kim Browder also received a $7,000 grant for 30 Chromebooks, and the high school’s library was awarded $2,000 which was used to purchase periodicals and create a Maker Space allowing students to work on posters and presentations in the library. Director of Bands Demetrius Scott received a $2,500 grant to refurbish instruments for the River City Blue Marching Band.

“I think it’s important that all of our kids find a niche,” Barnes said of the support given to the high school band. “Studies show that kids do better when they are involved in an extracurricular activity.”

Dana Hill from U.S. Jones was awarded over $2,600 to Sphero robots to teach students programming skills. Jami Webb received $600 for fidget seats and fidget bands for students’ desks to give children an outlet for restlessness and help them focus on their lesson. The librarian Emily Windham was given $2,000 for books and an eBook subscription service.

“We didn’t realize how much our kids read library books,” Barnes said. She explained that some books had been read by so many students that they were almost falling apart.

All of the fall grants were awarded in September and were put in place during the spring semester. Grants are awarded by a committee consisting of one teacher from each school and four business leaders.

(This article originally appeared in the  2018 Progress Special Section in the June 30 issue of the Demopolis Times.)